Every fall, we’re treated to a slew of new shows on the various networks.  Some of these survive and others we never hear from again, save in a DVD or Blu-ray entitled “…the complete series.”  My wife and I were sitting in front of the television last year and saw some commercials for Person of Interest.  It looked interesting, had Emmy-Award winner Michael Emerson (Lost) and literally the man himself, Jim Caviezel who is best-known for portraying Jesus Christ in Mel Gibson’s The Passion of the Christ.  I looked at her and said “Ok, let’s watch this.  Let’s get in on the ground floor and make it something we watch every week.”  She agreed.  Guess what?  It never happened.  It even became a running joke every time we’d see a promo for it as I’d say in jest “Hey, it’s our show!”  As the last year has proven, Person of Interest was not only one of the shows that survived, but it prospered becoming one of the top-rated new television shows of the last year.  Well now it’s come to Blu-ray and I’ve no excuse not to watch it.  Here’s what to expect in season four.

The 1.78:1 AVC HD image for this season is nothing short of spectacular.  The episodes are consisten in regard to clarity and though there are several scenes that contain grainy video footage, it’s not a fault of the transfer.  Detail is magnificent, showing the grey streaks in Caviezel’s hair, the pores on Michael Emerson’s face and the fine architecture found in the buildings throughout.  Some of the episodes are a little more “natural” in that there’s more of a rougher edge to them.  There’s a green hue to some of the scenes as well coupled with an industrial blue that makes it feel a bit more real.  I’d put this up against a feature film anyday as this presentation is top notch.

I admit I’m a bit biased when it comes to television shows in that I think they shouldn’t sound as good as regular movie.  Well the line is constantly being blurred between the two and this first season has some of the best sound that I’ve heard from a television series.  The DTS HD Master Audio soundtrack quite literally rocks.  Dialogue is clear and crisp and what really surprised me were how active the surrounds were.  There’s not shortage of shoot outs, things blowing up, car chases and anything in between.  The LFE are heavily involved as well.  I was amazed at how immersed I was in the episodes with this soundtrack in place.  If this is any indication as to where the shows of the future will sound like – I’m pumped!  A top notch effort here.

Fans of Person of Interest will feel right at home here as it offers up more of the same in regard to video and audio quality. I kind of fell off the wagon watching it as a regular show and now prefer to watch it on disc whenever the mood hits me. Still, this is a solid offering from Warner and there’s no reason not to add this latest season to your collection. 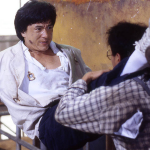 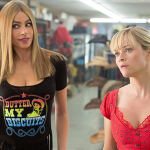