When I was about nine or ten years old, Jackie Chan became a big star in America due to his film Rumble In The Bronx. He followed this with his successful Rush Hour series with Chris Tucker and some lesser films that kept him sufficiently well paid. When Rumble In The Bronx made him a star, I was not allowed to see the movie due to the R-rating. Luckily, USA Network decided to start to air Police Story and Suncoast and every other video store in the country started selling these mega pack VHS sets with his early films. I watched a lot of them, and most of them are bad to very bad, but Police Story is fantastic. Police Story 2 does not eclipse the first film, but it is still extremely entertaining. These films are largely responsible for my love of Hong Kong cinema.

Police Story follows Jackie Chan as a police officer trying to take down a large scale criminal named Chu. The beginning of the film gets right into the action as a large scale effort is under way to catch Chu as he has a clandestine meeting in a shanty town outside of Hong Kong. Unfortunately, Chu and his men are tipped off and large scale shootouts occur ending in a car chase THROUGH the shanty town, leaving it in tatters. Jackie still manages to arrest Chu after dangling off of a bus. Jackie also arrests Selena, one of Chu’s employees. In order to keep Selena safe, the police chief assigns Jackie to her protection before Chu’s trial. This leads to tension between Jackie and his doting girlfriend Mae and to all the quirky comedic aspects of the film. The rest of the film is jam packed with some of the best stunt choreography of any film. The final sequence in the mall will go down as one of the greatest stunt sequences of all time.

Police Story 2 picks up where the first film left off. Jackie has been demoted to traffic officer due to his actions in the first film. All seems well until Chu is released from prison with health problems and his men promise to harm Mae and Jackie. On top of that, a gang of terrorists begin bombing places around Hong Kong. Jackie is the only chance the police force has of containing the situation.

Police Story is simply one of the very best stunt choreography films of all time. There are parts of the film that lag and some of the comedy is inept, but for the most part the movie is great. That does not mean that it is not stupid as hell. It is. That just doesn’t get in the way of the fun. The final scenes in the mall were the golden standard in martial arts cinema AND stunt cinema until Ong Bak and Raid:Redemption were made twenty years later. It has to be seen to be believed.

Police Story 2 is a lot more forgettable than Police Story. It does not have the wow factor of the mall jump in Police Story, and it doesn’t have as interesting a plot as the previous film. It is still fun to watch and has some cool stuff in it, like when Jackie jumps from the roof of a double decker bus to another double decker bus to a window of a passing building. That said, it doesn’t hold a candle to the flame of the original. The transfer here is better, with crisper image and more life like colors.

Shout! Factory did a decent job on the transfer of the film. The film obviously shows its age and its financial restraints of when it was made. There are specks and dirt on the negative that were not cleaned up in the transfer and sometimes the color of skin fluctuates from shot to shot. That’s the bad news. The good news is that this is the best either if these films has ever looked. Police Story 2 looks better than the first film, but this is probably due to the shape of the original masters. Many people have complained that this is just an upresolutioned copy of the DVD from Dragon Dynasty. I disagree. I personally am going to go on record saying that I was impressed by how these films look these days. The softness is inherent to the sloppy film work in general and condition of the original film. I was content and welcome people to disagree with me.

A series of four audio options that will make any fans rejoice. All four options are in DTS-HD and they contain the surround and mono mixes of the English or Cantonese audio. These are not going to blow your speakers off the wall, but I was very pleased with the quality of these tracks. This is particularly impressive considering the relatively small audience they are appealing to. Kudos!

The supplements are rather light on both films. Included are a few extra scenes and alternate scenes and some trailers. None of it is really all that interesting. I wouldn’t waste your time here.

Police Story will always be my favorite Jackie Chan film, and the sequel is entertaining, if not quite up to snuff. These transfers satisfied me and even with all the vitriol directed towards them, this is probably the best we are going to get. Given the value of having both films in your collection, if you’re a fan this is a no-brainer. Go get it! 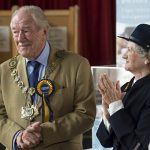 The Casual Vacancy (Blu-ray)
Next Article 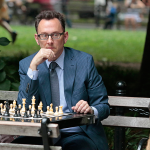