Shout Factory! is one of the most dependable film distributors for restoration of cult films. I have been a fan of their work over the last few years. After I recently watched Raising Cain, which they did a beautiful job on, I decided to see what other De Palma films they had released. I am a big fan of De Palma’s work, but I have not seen every single one of his films. That said, I am working my way through his catalog to try to see as many as possible. When I saw that they had released his 1974 film Phantom of the Paradise, I decided to spend the money and check it out for myself. I had heard of the movie via claims of admiration from Jason Schwartzman and from the documentary De Palma, so my interest was piqued.

Phantom of the Paradise is a rock-and-roll musical-thriller-comedy hybrid. It is not a traditional musical where characters bust out into song, but takes place in the record and entertainment industry where people perform songs throughout the movie. When people aren’t singing, they are speaking like normal people. The effect is that the film, while still a musical, doesn’t strike the viewer as feeling completely false. Instead, it feels stylized and out there. The plot centers around Winslow (William Finley,) a poor songwriter whose musical cantata he is working on (titled “Faust”) is stolen by powerful record magnate Swan (Paul Williams, who also wrote and performed the songs for the film.) Winslow meets a beautiful backup singer named Phoenix (Jessica Harper) who would be perfect for the material. Unfortunately, Swan plans to use the material for his glam-rock artist Beef (Gerrit Graham.) When Winslow tries to voice his opposition he is beaten up by Swan’s security guards and framed for possession of drugs and thrown into prison. After escaping from prison, Winslow attempts to destroy the records but in a freak accident hurts his face and loses his voice. After donning a mask, he stalks Swan but then signs a deal in blood with Swan to finish his cantata so that Phoenix can sing it. Swan has other plans, and Winslow becomes a murderous phantom stalking the Paradise Theatre. There is more to Swan also.

Phantom of the Paradise is not my favorite film out of De Palma’s catalog, but it is a very entertaining and original film. It is such a crazy idea and carried out so efficiently that as an audience member you can’t help but get into it. One of the reasons the film works so well is the soundtrack by Paul Williams. His parody songs are spot-on and so are the more heart-felt numbers. This should come as no surprise considering the man had hits with the Carpenters, Three Dog Night, and wrote “Rainbow Connection.” The performances are strong across the board, but I was most intrigued by the performance from Paul Williams. That’s right, I just mentioned him twice. He is just plain awesome in this movie. When you see it, you will agree. The supporting cast is solid, with good performances from Gerrit Graham and Jessica Harper. William Finley does well as Winslow.

The main reason to see the film overall is De Palma’s direction. This film is directed in a style that is wholly his own and as vibrant as anything in his catalog. It is unlike anything the director has done before or since and worth your time if you can get into its strange vibe. I should also mention that this film has a rabid cult following with fans like Daft Punk and Guillermo Del Toro (who conducts an interview on this release.)

Using an MPEG 4 AVC codec of a new 2K restoration, the effort shows. The transfer is another strong effort by Shout Factory! and the image looks good and natural, retaining most of the grain. There are a few bumps in the road where the image becomes soft for a few seconds or so, but overwhelmingly this picture looks great. This is essentially a film that was meant to be on Blu-Ray, with large set-pieces and intricate shots. If you are a fan of the film, there is no way that you would want to see it any other way!

A DTS-HD Master Audio 5.1 track sounds great to my ears. The songs from Paul Williams benefit tremendously from the surround treatment. There is also a DTS-HD Master Audio 2.0 track provided, but the surround track far outshines it. The songs sound fantastic, and even though the other effects are limited, it is a really engrossing track. It’s a musical and the music benefits the most from their treatment. Clarity is very solid. I did not detect any dropouts or notable hiss. Fans will be very pleased.

Phantom of the Paradise is unlike anything DePalma would ever do again. It is a wholly unique film with its own unique sensibilities. Personally, I loved it. The older I get, the more open-minded I have become to musicals in general. This movie is a blast. Shout Factory! have really outdone themselves with this disk. The extras are incredible with hours upon hours of interviews, documentaries, and commentaries. My recommendation would be to check out the movie itself. If you like it, you need to buy this edition. 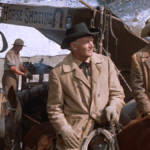 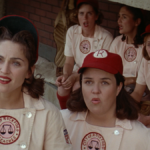