Warner Bros has recently been releasing a line of films on Blu-Ray under the umbrella of the Archive Collection. I have been steadily impressed with the films that they have been choosing for this line, but none more so than their new release of Sam Peckinpah’s early western classic Ride The High Country.

Ride The High Country revolves around a former lawman, Steve Judd (the excellent Joel McCrae – best known for his role in Sullivan’s Travels,) who finds himself in a position to deliver some gold for a bank across a dangerous trail into mining country. The pay isn’t much, but Judd is looking for a new lease on life. As he accepts the job he hires for companions his old partner Gil Westrum (the great Randolph Scott) and his Gil’s protege Heck Longtree (Ron Starr.) Unbeknownst to Judd, the men plan to steal the gold if given the chance. As they make their way through the trail they meet a preacher and his daughter Elsa (Mariette Hartley.) Elsa leaves her house to marry a man named Billy Hammond (James Drury) in the mining town that they are riding towards. Heck becomes taken with Elsa just in time for her to marry Billy. It is revealed that he is a degenerate and so is his entire family (including a really lively Warren Oates.) This causes trouble for all of the men as they attempt to rescue her from Billy’s gang.

Ride The High Country is an excellent early film from Sam Peckinpah. The cinematography by Lucien Ballard is very pretty and well-shot. Since the film is shot in CinemaScope and Metrocolor it looks great on Blu-Ray. The performances are exceptional. Randolph Scott was so pleased with his performance he actually required saying that he could do no better. I am in agreement with him. Joel McCrae is just plain great in the film. The film has many trademarks that Peckinpah fans will recognize including violence against women which is unfortunately in all of his films due to their importance to the plot. Also present is tough but realistic dialogue which Peckinpah also reveled in. I was also excited that Warren Oates (Bring Me The Head of Alfredo Garcia) has a small but potent role in the film.

I feel confident that both fans of westerns and fans of Peckinpah will quickly fall in love with this film. It is not as rough around the edges as Peckinpah’s later works, but still has the same free spirit of those films.

Warner Bros. did an incredible job on the transfer of the film using a brand new scan in 2K. Fans of the film should be very pleased with the meticulous attention to detail that this transfer has been given. This is essentially a film that was meant to be on Blu-Ray, with beautifully shot cinematography by Lucien Ballard. The film was filmed in CinemaScope and Metrocolor. The colors are lifelike and the clarity is top notch. This transfer is top-notch and on par with some of the work that Criterion would put out. I have been incredibly impressed with Warner’s dedication to their archive releases and this is another great example. Fans will be extremely pleased. This earns a perfect score from me.

Warner Bros. have provided a DTS-HD Master Audio 2.0 track that sounds very good. The score is so engrossing that I constantly questioned whether or not this was actually a surround mix. Clarity is very solid. I did not detect any dropouts or notable hiss. I really have no complaints in this department that come to mind. It is quite obvious that some real love went into restoring this early Peckinpah classic.

Ride the High Country is a great film by master filmmaker Sam Peckinpah. This is one of the best films that Peckinpah made with fantastic performances by both Joel McCrea and Randolph Scott. It’s not as rough around the edges as later Peckinpah works, but it still shares numerous qualities that his other films have. I love a good western and this one fit the bill. Warner Bros.’ restoration of the film is nothing short of fantastic and the supplemental features while limited are both informative and enjoyable. If you are a fan than I would not hesitate to pick this one up. 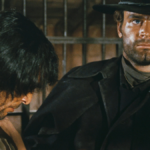 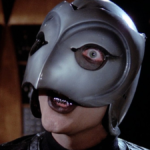