You all know this one, Geppetto makes a wooden boy, and the damn thing comes to life on him. The puppet is granted his boyhood thanks to a wish made by the old woodcarver, and a blue fairy floats on in and by golly, she grants the wish! Despite the allure of staying inside Geppetto’s crib, I mean I clocks alone would drive me nuts, not to mention the way that guy snores, Pinocchio gets bitten by the curiosity bug, and decided he needs to explore the world outside. As Pinocchio wanders aimlessly throughout the countryside, he is greeted by many moral tests, checking his bravery, loyalty, and honesty. If he passes these tests, he will not just be a wooden boy that can walk and talk, but a living, breathing boy! Yippee! Pinocchio is not alone in all this, however. His conscience, a little creepy guy named Jiminy Cricket, is always hanging around, giving him pep-talks, lectures, and sermons. But does Pinocchio always listen? Hell no, and he ends up knee-deep in it.

This is a classic, and highly considered as one of the best, if not the best animated film of all time. The animation in Pinocchio is excellent, and stands it own, even against today’s computer/hand-drawn hybrids, like Prince Of Egypt and Tarzan. Granted, today’s animation techniques would make this film smoother, more fluid, and certainly more polished, but this version, over fifty years old, is a masterpiece, and still wows me, with it’s attention to even the most minute details. The moral values, the beautiful animation, and the timeless story make this movie one that will stand forever. I know the term is used loosely these days, but Disney’s Pinocchio is a genuine classic and this treatment does it justice. If you’re even a casual fan of movies in general, this is one that is a must own release.

Both the audio and the video are identical to the previously-released version. That said, Pinocchio is presented in full frame, as intended. As I watched this, I was amazed and the costs of all of my high definition upgrades were instantly justified. This is simply incredible, The digital restoration has cleaned up the visuals, but not softened them, so all of the animation’s detail remains intact. I never noticed how much subtle detail was present, but it all pops up here and it was a pleasure to pick up on all the little touches. The colors are gorgeous, with minimal fading to mention, while blacks are inky and deep, with no errors. I knew Disney would shine up this jewel, but I never expected it would, or could, looks this great. Kudos to Disney on a visual presentation that is a pure delight to watch.

A DTS HD 7.1 option is present, but it does seem like overkill at times. The material simply doesn’t demand much surround use and so this remains a rather thin soundtrack. This new remix sounds good, mind you, but it doesn’t do much to enhance the overall experience. The original mono soundtrack is here also and in truth, offers a more enjoyable, familiar experience. But either way, the audio is well handled on this release. This disc also includes English subtitles.

While this isn’t the first edition of Pinocchio released on Blu-ray, this does have several new features included as well as what was in the previously-released version.

While some might accuse Disney of double-dipping, it’s a good thing to see that they’re going back and giving some of their classic animated titles some new offerings. While the technical specs are identical to the 2009 Blu-ray, the addition of the new features make a worthwhile addition to those that don’t already own this classic. 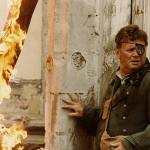 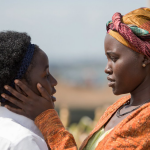