The Last Metro was one of Francois Truffaut’s final films he made before succumbing to a brain tumor at the age of 52. I am an unabashed fan of Truffaut and plan to eventually watch all of his films. He is my favorite director that emerged from the French New Wave and he ties for my favorite French director with Jean Pierre Melville. Not every film that Truffaut made is perfect, but the vast majority of his work is enjoyable. In terms of how I would rank the film, it is not as great as Day for Night, but it is much better than The Bride Wore Black.

The Last Metro takes place during World War II during the German occupation of Paris. The first character introduced is Bernard (Gerard Depardieu,) a woman-crazy young actor. As he auditions for a part in a play at the Montmartre theatre, he learns that the theatre no longer hires Jews to act. This is shocking because the theatre was well-known due to the director Lucas Steiner who has fled to America and left the theatre with his wife, a beautiful actress named Marion (Catherine DeNeuve.) Bernard lands the lead role opposite Marion. As the theatre begins to produce the play with notes from Lucas, the theatre is under scrutiny of a Jew-hating theatrical critic and inspector that is in league with the gestapo. To make things more intense, Marion is hiding something.

After reading that paragraph, the film probably comes off as in intense affair. It does have an intensity that lies underneath what happens, but the movie is still classic Truffaut. Truffaut writes people in a light-hearted and innocent way. The characters on screen seem to be more obsessed with their careers and lives than the madness that is enveloping their city, even though eventually the war has a way of interfering with everything. Truffaut brings his typical wonderment and reverence for entertainment to the film and it serves as a solid ode to live theatre at a time where theaters were constantly full so that people could get warmth and entertainment.

The acting is top notch with great performances everywhere you look. Gerard Depardieu is solid as Bernard, but Catherine Deneuve is the main show. This should come as no surprise to anybody who has seen her in other films. Even sixteen years after The Umbrellas of Cherbourg she was still a knockout.

The cinematography on this film is the one thing I found to be a little bit lacking. The cinematography by Nestor Alemendros is by no means bad, and the red monochrome look of the film is unique, but whenever the film breaks from that look in a few sections it is jarring enough to look fake and pull the viewer out of the film. I hate to nitpick a film I enjoyed, but a scene with the character named Daxiat late in the film sticks out like a sore thumb.

If you like Truffaut’s other films, don’t hesitate to watch this one. It is very enjoyable and has a lot to offer the viewer.

This was first released on Blu-Ray by Criterion in 2009 using an MPEG-4 AVC encoding. The video quality for the most part is high-quality, but it does suffer a little bit of softness from the way films were shot in the Seventies/Eighties. I would love to see what this picture would look like with a 4K scan and how far Blu-ray has come since back then. Overall, the movie’s cinematography is not going to blow anybody away. This will sound strange considering that Nestor Alemendros did cinematography on one of the most beautiful films ever made, Days of Heaven. The red monochrome provides a unique look, but the film overall will come off as a bit dull color-wise.

Similar to the video, this LPCM Mono track is high quality. There is nothing bad to report whatsoever in this department although dynamic range is limited, because the film was originally recorded in Mono. Dialogue is incredibly clear and crisp. The music in the film by George Delerue sounds great and the lossless track opens up the soundtrack a bit. I did not notice any pops or hiss or distortion. There is no real room for improvement here.

The Last Metro is a really solid Truffaut film. It is funny and sweet and has an underlying tension throughout the film that kept me on my toes. To me, Truffaut is the best director that came out of the French New Wave, and this is one of his later masterpieces. That said, this disk came out eight years ago, so the transfer will not blow away people that have seen the superb transfers that Criterion have been doing nowadays. The special features include excellent commentary tracks and some jaw-dropping interviews (Nestor Alemendros!)

I definitely would recommend adding this one to your collection and this is not a bad place to begin watching films by Truffaut. It is also PG and kid-friendly if they don’t mind reading subtitles! 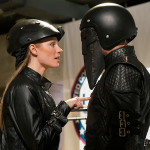 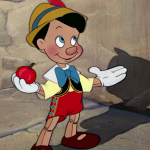