Bruce Willis really needs to get a new hobby. He continues to do these mediocre, low budget cruddy films for whatever reason. I can’t imagine he needs the money, and I’m sure he gets scripts all the time. Why he settles on pure garbage is beyond me. I believe he’s surpassing Nicolas Cage now for the number of roles he accepts. It doesn’t help that he looks bored out of his mind during most of this film, even if he’s not the main star. Maybe that’s why he’s upset? Who knows, who cares? One thing is for sure: You should avoid Precious Cargo at all costs. There are absolutely zero redeeming qualities in this film. That is unless you count the closing credits.

Willis stars as crime boss, Eddie Filosa. He’s the kind of movie baddie that has deep stares and insults his henchman for not getting the correct color wardrobe for him. This is sort of the filmmaker’s way of showing us that we’re dealing with a real threat. What they don’t realize is just how unintentionally funny it is. So, Eddie plans a robbery, but then reneges on it. Master thief, Karen (Claire Forlani) goes through with it anyway, and this is when Eddie was his share of the loot. And so the trouble begins. She then enlists the help of her ex-boyfriend and criminal, Jack (Mark-Paul Gosselaar). We get to know a bit about these two characters through back and forth bickering and what not, but there’s very little investment in them. I honestly didn’t care what happened to these characters. The film tries its best to deliver the goods, but the action is dull and lifeless. It doesn’t help that there are extended chase scenes that seem to never end. Willis pops up here and there, but I think it’s more of a reminder that he’s in the movie and to give him screen time before anything else. Make no mistakes, this is one terrible movie that really should’ve never been made. Avoid at all costs.

Here we go again. A crappy movie that looks nice in HD. Expect sharp details and rich colors as well as detailed background shots. The print is fine as well. Still, I imagine very few people will invest time on this garbage, so what’s the point? Not that I wanted this to look bad, mind you, but a gold painted turd is still a turd. Get me? The image is AVC encoded with a 2.40:1 ratio.

The DTS HD track delivers, but again, that turd painted in gold thing. The terrible dialogue comes through loud and clear and the boring explosions and gun shots do as well. There was good range and the track made use of all the channels. It serves the film well.

Everyone here just looks bored. The plot is convoluted and boring, the action endless, but somehow still boring. Bruce Willis looks especially bored here. I couldn’t wait for this mess to end. 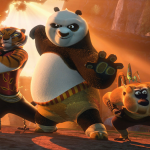 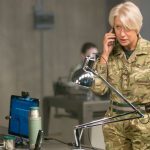