I wasn’t quite sure what to expect from Preman: Silent Fury. It did sound interesting enough for me to request a review copy, but the premise is a rather concise one. That is at least according to the back of the case. It features a deaf Indonesian gangster as its lead character. This deaf gangster’s son witnesses a murder, and it is then on the deaf father to protect his son from the various henchmen who are sent after them. It is volent, weird and somewhat interesting even if it isn’t something I will find myself revisiting. Let’s take a look, shall we?

Sandi (Farell Akbar) is a gangster who is deaf. He lost his hearing through a childhood accident which we’re shown later in the film. Sandi is a Preman, which, as the film tells us are thugs who consider themselves to be men of honor and justice, but the public dislikes them due to their violent ways. Hey, that is understandable if you ask me. The latest task is what is troubling to Sandi. It involves an eviction, but Sandi is a friend of who is to be evicted. This involves a murder, which Sandi’s son witnesses. This forces Sandi to go against the gang. Of course, he wants to protect his son, but this creates a conflict. Worth mentioning here is one of the Henchmen who is named Ramon. He constantly refers to himself in the third person and has some mad skills with the weapons he wields.

This film is violent, odd and downright baffling at times, but it is also kind of, sort of watchable and entertaining at the same time. I wasn’t sure I understood just all that I was seeing on screen, but it has moments of pure intensity. It isn’t an easy film to watch, and can feel long at times, but it works in this world it inhibits. The aspect ratio even changes very subtlety throughout the film to zoom in on one specific character and to show us a different perspective. It is an interesting technique, that (thankfully) isn’t overused.

With a 2.39:1 ratio, we get a pristine image that features a lot of strong visuals for us to marvel over. Details were always strong, and colors seemed natural and smooth. This transfer should please fans.

With the option to listen in the Indonesian language or dubbed in English, both tracks satisfy. I sampled but listened to majority of the dubbed track. I can’t think of any negatives here as the action scenes have the added punch we’d expect, and the vocals come with the clarity that is most welcome.

A strange, but somewhat watchable film. This isn’t something I need to revisit, but for fans of this sort of flick, this proves mostly satisfying. It has a unique plot and some colorful characters to get it through the slower moments. At the least it offers a decent rental. 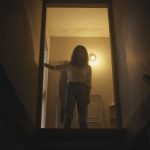 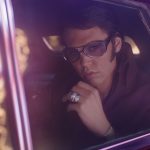