“Aretha, don’t ever let anything get between you and your music. Music will save your life.”

It’s hard to be a music lover and not have a little bit of, you guessed it, respect for Aretha Franklin. Even if the only exposure to her music is the scene in The Blues Brothers – that should sum it up. But like most biopics, there’s more to her and her story than meets the eye. I was instantly reminded of such modern classics like Bohemian Rhapsody, Rocketman or Walk the Line. Certainly there’s a “paint by numbers” blueprint when it comes to making these films. We’re reminded of the “rags to riches” stories that have made these performers iconic in their own right. And, truthfully, who do you get to portray one of the most celebrated vocalists of all-time? I’m willing to bet that the list was pretty short. In the “she’s gone, but not forgotten” department we once again see Jennifer Hudson, who took home an Oscar for her work in 2006’s Dreamgirls in the limelight here. There’s a lot at stake…did the movie deliver?

We meet a ten-year-old Aretha (Skye Dakota Turner) who’s coaxed out of bed to sing for a late night party where her performance entrances her father’s guests. Though her talent is an eye opener, the sudden loss of her mother (Audra McDonald) sets the tone much darker. The lack of a solid female role model in young Aretha’s life is the double-edged sword that she must wield. With little or no support from her family, she becomes a target for predators. Flashing forward and now an adult (Jennifer Hudson), she’s surrounded by men who do all the talking for her. Her husband, Ted (Marlon Wayans) seems to have an opinion about her life (like every other man) and her career. Even then there’s a lack of confidence that prevents her from expressing herself fully.

Of course, we all know that the career of Aretha Franklin is one for the ages and that was, no doubt, the reason for this film. There aren’t a lot of happy-go-lucky stories out there (or at least in the age prior to reality television talent shows) and this was perfectly fit for a feature-length film. Hudson takes on the role with a relative ease that was ripe for an Oscar nomination and perhaps even another win. The supporting cast does a fine job as well with Forest Whitaker and Marlon Wayans rounding out a varied cast. Not to be outdone by the cast, director Liesl Tommy, best-known for her work on TV’s Jessica Jones and The Walking Dead, does a fine job of rounding everything out. For those that love rock anthems or just a good story – there’s a lot to like here.

The included 2.39:1 AVC HD transfer satisfies. Details are strong and flesh tones accurate. Background details remained clear and defined as well. There were no print flaws detected, but it’s such a recent film that I was only expecting the best in terms of visuals. The film has a very light, warm feeling about it, though some of the musical numbers do bring out the best in what the image has to offer. All things told, fans will be pleased.

Universal has given the film some R-E-S-P-E-C-T with a wholesome Dolby Atmos mix that was a surprise to me, but a joy to listen to. With musicals, the emphasis is obviously on the vocals and they do sound pretty darn good here. Hudson’s vocals resonate across the soundstage. The music sounds good and dialogue is clean, so as far as the basics, they’re covered. The Dolby’s Atmos mix is a real winner here but ultimately the consumer gets one hell of a track. This one is crisp, clear and clean and is sure to appease fans.

There’s no denying that the story of Aretha Franklin was meant for the big screen and, truthfully, not many could have pulled it off. But Jennifer Hudson’s peformance was second to none. Universal’s disc looks and sounds great so any fan of Franklin (or Hudson) should pick this one up. 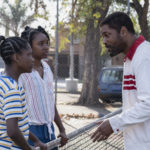 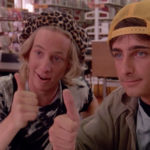