I think we all know this story inside and out, but for the sake of this review, I’ll provide a quick take on Romeo + Juliet’s storyline. The families of the Montagues and Capulets are both powerhouses in terms of wealth, power, and influence, but there is a severe rift between them, one that it seems can never be mended. The heads of each side don’t wish to come into unneeded conflict, but would be willing to fight back, if the other side made it a necessary gesture. Romeo (Leo DeCaprio) is the son of the head of the Montague estate and while he has a good life, he longs for something more, to be sure. He is popular, has a lot of friends, and is good with the ladies, but he wants a more substantial love, perhaps an impossible one. Enter Juliet (Claire Danes), the Capulet’s young daughter who also tires of her lifestyle, wishing to engage in more exciting, perhaps even dangerous adventures. Although there is a massive risk involved, the two wind up meeting, falling in love, and deciding to take the next step into marriage. But has fate really smiled upon these star crossed lovers, or does a darker future await them?

This modern take on the timeless romance might not have award level performances, but it has some amazing visuals, to be sure. The cast is a solid one, headed by Leo DeCaprio, Claire Danes, and John Leguizamo, as well as numerous other famous faces, but the acting remains average on the whole, save a few sparked moments. Even so, this Baz Luhrmann helmed film remains enjoyable, thanks to the incredible visuals, excellent production design, and just the entire approach taken in regard to style. You can look at costumes, photography, makeup, and all points in between and find minimal faults, as Luhrmann and his crew have crafted a stunning, always beautiful take on Shakespeare’s time tale of doomed love. The use of color is off the charts and hands down, Romeo + Juliet is one of the most visually potent films out there, but does that make it a good movie? I think this is a prime example of style over substance, as once you look beyond the visuals, you’re left with an average overall film. The performances are often lackluster, the writing is mediocre, and the film fails to capture the true essence of the material. But when you watch the film, the visuals pull your attention away from those flaws, of course. I still think Romeo + Juliet is a fun movie that’s worth a look, but don’t expect much beyond flash & style.

I had high hopes for the performances of Claire Danes here, as I liked her work on My So Called Life and thought she was a solid choice. She might not be the typical beauty, but her looks have dazzled audiences and I think she really comes off well here, especially in certain scenes where she plays the role to the complete hilt. I think she manages to turn in the finest effort in Romeo + Juliet, but she still falls short of my expectations, though it isn’t all her own fault. Her fellow cast members are either miscast in their roles and not working to their potential, which means as good as she is, they often dull the shine of her efforts. But in the end, her charm and stunning good looks are more than enough to compensate and she has the spotlight in this one. Other films with Danes include Little Women, Brokedown Palace, The Mod Squad, and The Rainmaker. The cast also includes Leo DeCaprio (Titanic, The Beach), John Leguizamo (The Pest, Summer of Sam), and Brian Dennehy (Tommy Boy, A Season on the Brink).

Romeo + Juliet is presented in 2.40:1 anamorphic widescreen. The movie’s visuals are on fine showcase here, with great detail and impressive depth. A few instances of softness do creep in and this isn’t an eye popping as Blu-ray’s best title, but this still offers a nice improvement over previous editions. The colors leap off the screen, contrast is right on the mark, and the movie’s visuals come to life in terrific fashion.

A dynamic DTS HD 5.1 option is on deck, one that allows the movie to sound better than ever. The surrounds are up and running from start to finish here, with ample atmosphere and power. Some scenes provide more impact than others of course, but rest assured whether subtle or powerful, it all sounds excellent here. The music sounds great too, while dialogue is clear and never gets lost in the mix. This disc also includes Spanish, French, and Portuguese language tracks, as well as subtitles in English, Spanish, and Portuguese.

A picture-in-picture viewing mode lets you hear audio comments and see behind the scenes clips as you watch, which is a nice inclusion. You can also check out some uncut footage, cast & crew interviews, and a look inside the movie’s soundtrack. 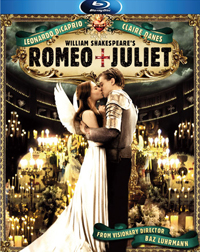