Martin Scorsese has always been diverse in his filmmaking and interests.while best known for his gangster films (Goodfellas, Casino,) he is equally adept at comedy (After Hours,) and music documentaries (Shine a Light, The Last Waltz.) He is also one of the few directors willing to make films regarding his Christian faith, with no lack of controversy (The Last Temptation of Christ.) His most recent film, Silence, is a passion project that he has wanted to make since the late Eighties when he read the book by Shusaku Endo. After his most recent success with Wolf of Wall Street, he decided to take the plunge and make the film. I can not think of any riskier proposition than to make a film that directly relates to faith and the lingering questions revolving around faith. The box office proves the riskiness of tackling faith, with the film grossing only 15.9 million on a 40 million dollar budget.

Silence takes place in the seventeenth century. The film opens with priest Ferreira (Liam Neeson) looking on in horror as numerous priests are tortured and killed by their Japanese captors. A voiceover lets the audience know that Japan has turned against the Christian missionaries and has killed all of the priests. Most were willingly tortured to prove their devotion to God. The voiceover is actually Father Villiagnano explaining the circumstances of how Fereira has apostatized and abandoned the faith at that there are no longer any priests in Japan to two young priests, Rodrigues (Andrew Garfield) and Garupe (Adam Driver.) Both Rodrigues and Garupe believe that it is impossible that Fereira would have abandoned the faith, because he had taught them and was considered to be one of the strongest of faith. They request to be allowed to go to Japan to see for themselves and if he has apostatized, to redeem him. In Japan, they will see first hand the opposition to the faith and how their actions cause pain upon others at the hands of the Inquisitor Inoue Masashige.

Silence is absolutely a difficult film. I openly claim that I am a Christian, and am not afraid in the least to admit that I whole-heartedly prescribe to Christian doctrine. I am raising my children to be Christians and try my best to lead by example. I should also disclose that I minored in Religion in college, because it fascinates me. Therefore, a film like Silence is going to have more impact on my own sensibilities than probably somebody’s outside the faith.(This is obviously conjecture and you can feel free to disagree with me) When dealing with faith in film it is a tightrope walk that most directors would rather avoid. The big question at the heart of the film is whether or not it is right or wrong to let people suffer to hold on to your faith. As villagers are killed in the film for the faith of the priests, they are given the option to apostatize themselves and save the lives of those around them. This question of Heaven and Hell in the balance with suffering on Earth makes the film feel incredibly profound and extremely heavy. Obviously, to Scorsese these questions are worth asking to the point that he went to such great risks to make this film.

Films very rarely go into the territory of faith these days. I have made several comments to friends that God is simply being whitewashed out of everything that we see, and that it is strange because these faith-based questions are some of the most interesting questions that one can ask themselves. I am all for being entertained most of the time with pure distractions, but I love when a film is willing to challenge me to think about my faith. One of my favorite writers is Graham Greene and he constantly tackled issues of faith. It was not uncommon for those type of issues to be addressed in literature and film just half a century ago. I am not saying that every film should discuss faith, but it is nice to see it get any attention at all.

The filmmaking in display is top-notch. Scorsese is obviously an incredible director, and this film is no exception. He gets a fantastic performance out of Andrew Garfield, whom I readily will admit annoys me in some other things. Liam Neeson and Adam Driver both turn in solid supporting performances. The cinematography by Rodrigo Proeto was nominated for an Oscar with good reason. The movie is beautifully shot.

Overall, I think Silence is an incredible film. It is devastating at times, but more directors should be brave enough to discuss the bigger questions. If you are not turned off to the heavy subject matter I highly recommend seeing this film.

Scorsese’s films vary in the way they’re shot. Some are wider than others, but he and loyal editor Thelma Schoonmaker have crafted a truly beautiful picture. The 2.40:1 AVC HD image runs the gamut on colors, location and scenery. The stringy hair on the main characters, the facial hair and even the scenic backdrops are really astounding. Scorsese has a great eye for detail and imagery and in other films he’s used a few “tricks” to get the effects he wants. That’s not really the case here but it’s truly a beautiful-looking picture and the Blu-ray does the movie justice.

Don’t let the title mislead you, Silence not only looks good but contains a masterful soundtrack that’s sure to please. Kim Allen and Kathryn Kluge’s score are simply amazing – it really does set the mood and tone for the movie. Vocals, as expected, are strong and concise. The DTS HD Master Audio soundtrack has no problem reproducing even the most minute of surround effects and even though this isn’t a “loud” movie per se, it’s equally as powerful. As he’s done in other epic films in the past (Kundun, The Mission) this is an amazing, albeit different sounding track – but pleasing nonetheless.

Silence is a devastating film about two ideologies clashing and the mortal consequences that result. It is rare that a film tackle such deep subject matter, and I applaud Scorsese for taking such a risk. If you can shoulder the burden of watching something so heavy theologically, this film will reward you with so much to think about. It is a film of questions that leaves the answers up to the viewer and several people will look at it differently. What everybody will agree upon is that the movie is beautifully shot and well-acted. Personally, I thought it was essentially a masterpiece that I may not be braver enough to watch again for a long time. 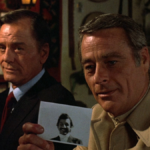 Bring Me the Head of Alfredo Garcia (Blu-ray)
Next Article 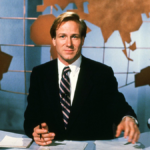