Chalk me up as surprised when I say that Sniper: Rogue Mission is a surprisingly decent film. Don’t call it great or even essential viewing, but for those willing to spend some 90 minutes on brainless entertainment, you could do a whole lot worse. While my free time is somewhat limited, I still find room to squeeze some entertainment in. I knew little of this film and worried it would be a sequel to another film I didn’t see. Really, the plot is just there to connect the dots between the action and somewhat amusing character interactions.

I will be honest and say that with most of these action films, I don’t try to think too hard on the plot. I just assume the pieces will all come together by the end. What I can say is the film begins where we see a bunch of cam girls (They are in secluded rooms with a live feed for what appears to be for pornographic viewing), and one of our leads decides to warn one of the girls to flee the room. Apparently, they’re going to all be executed soon. There are 10 girls, but it is soon discovered that one is missing. Sniper and CIA Rookie Brandon Beckett (Chad Michael Collins) goes rogue and teams up with his former allies Agent Zero (Ryan Robbins) and Lady Death (Sayaka Akimoto) to try and take down this criminal organization. That is about the most basic recap of the premise I can give. There’s a lot going on in this relatively brief film, but I had a surprising amount of fun with it. The action is well-staged and there’s a welcome sense of humor here that’s missing in a lot of films of this sort. The basic plot line is also an intriguing one with the cam girls and the characters who choose to go rogue.

Having a lot of fun here is Erik Athavale as Dax. He is the DHS operator whose frequent outbursts add a touch of unintentional humor to the film. Clearly, he’s having fun in the role, and I had fun seeing what his character would do or say next. What’s interesting in a film full of snipers is just how bad they are. When they have ample opportunism of taking out the cam girl who escaped, and her entourage, they are surprisingly lackluster in their efforts. Still, I didn’t feel the need to nitpick too much here since the tone is much lighter than what we usually get with these films.

For such a recent film and one I must assume was shot digitally, the images are basically flawless here. The 1.78:1 transfer didn’t leave me with anything negative to say. The film looks great across the board. Background shots, close-ups, you name it. Clean is a word I often use in a lot of recent reviews, and I will repeat that here. There’s simply a nice, polished look. Viewers should feel more than pleased with this transfer.

The DTS HD track is lively as well and keeps the viewer engaged. This isn’t a film that slows down too often, so expect it to stay active throughout. Vocals were fine and clear, and the gunfire keeps the track moving along. Like the transfer, this track satisfies.

There’s a lot going on here, and a lot of characters, but maybe that’s what I enjoyed it so much. They’re mostly all colorful and given something to do. Don’t mistake this for a great film, but I had fun with it largely because it doesn’t take itself so seriously. The slower scenes work well too, and things move along nicely. Rent it. 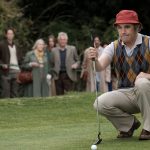 The Phantom of the Open (Blu-ray)
Next Article 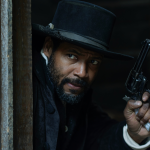