There are some strange things that happen in the world of sports. I’m probably at a loss to name them, but when it comes to golf – I simply love the game. I love to play it and watch it on TV. I realize that there are some who’d rather gouge out their eyes with a dull butter knife than watch a round, but I’m not most people. If you’ve ever heard “the shot heard around the world” and you’re a fan of the game, you’ll know that I’m referring to Gene Sarazen’s shot at the 1935 Masters where he double eagled a hole. No? How about an amateur winning the 1913 U.S. Open? This was showcased in the 2005 film The Greatest Game Ever Played. Still nothing? OK, let’s dive a bit further…how about Maurice Flitcroft – a crane operator who managed to find a loophole and play in the 1976 British Open (that “The Open Championship” to the true fans)? Fear not, his story is documented in The Phantom of the Open. Let’s tee off.

Maurice Flitcroft (Mark Rylance) is a crane operator living in the UK. He’s spent many years working so that he can provide for his wife, Jean (Sally Hawkins) and three sons – two of whom are disco dancing champions (yes, really). As he approaches retirement, Maurice finds that he’s got a lot of free time on his hands. He stumbles across a golf match on television and decides that game looks simple enough. He decides to give it (the sport) a go. But he throws a wrench in the works when he enters the British Open and he manages to qualify thanks to a rather unique loophole. Maurice proceeds to card the worst round in the championship’s history. The remainder of the film shows the ramifications of Flitcroft’s “actions” and how they managed to infuriate tournament chief Keith Mackenzie (Rhys Ifans). To take a line from Rick Vaughn (Charlie Sheen) from Major League – “I thought you had to something good to be a celebrity?” To which his response was “Not if you do it colorfully.” Maurice Flitcroft was certainly colorful.

Like most sports movies and, more to the point, like most golf movies – this will cater to a pretty specific audience. Even as a fan of the game, I’d not heard of this story but it was one that I’ve been waiting for. We’ve got a great cast led by Academy Award Winner Mark Rylance and he’s supported by Sally Hawkins and Rhys Ifans. I’m sure some creative liberties were taken with the story, but by and large (and with my limited research into this story) its seems pretty spot on. If you’re looking for a good parallel, think of Maurice Flitcroft as Michael David Edwards (better known as “Eddie the Eagle”) – and check out the film by the same name. This is a great, family-friendly film about a rather obscure event in a more obscure sport. And that’s why I loved it.

When it comes to films about golf, one thing we can expect is, you guessed it – a lot of green. A lot! The 2.39: 1 AVC HD image showcases a lot of lush, lavish shots of the golf course (even though the courses of the UK aren’t exactly known for their bright green allure) and director Craig Roberts opts for some rather grandiose shots. Still, all the usual caveats are present here with sharp detail, a strong color palette and nice contrast. It might not be the most beautifully-shot film, but it looks nice and I doubt viewers will need to take a mulligan when it comes to this one.

The DTS HD Master Audio mix isn’t anything too special. The film showcases some pretty interesting surround effects (the sound of the ball whooshing by, for example), though the majority of the film is dialogue-driven. Rylance’s has a very interesting tone to his voice, he’s one of those actors that if you heard him from the other room – you’d know who it is. It’s a good-sounding mix that’s sure to please, but it won’t knock any pictures off the wall. Golf clap, please. Golf clap.

Odds are, the pool of viewers who’ll pick this up is pretty limited. A new release about a relatively obscure person in a somewhat popular sport is a hard sell. But, it’s a good and – dare I say it – very inspirational film. Sony’s disc looks and sounds the part, though the disc only offers up one featurette. This one is recommended for low handicappers only. 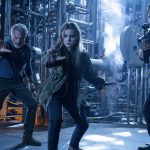 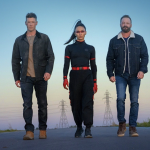