Star Trek is an institution and there’s no denying that.  As of this writing, it’s celebrating 50 years of “going where no man has gone before.” That’s impressive.  When it comes to the show, you’ve essentially got two different camps: those that prefer The Original Series and those that prefer The Next Generation. Obviously the latter couldn’t exist without the former, but that’s splitting hairs. Running only three seasons, The Original Series made an impact and it wasn’t until a decade after it ended that they finally made the leap (or maybe I should say “beamed”) to the big screen. Star Trek: The Motion Picture really set the wheels in motion for the future of the show and, in no small part (and as I alluded to earlier) paved the way for Star Trek: The Next Generation in 1987. While The Motion Picture was widely regarded for its larger production budget, it wasn’t until one of the bigger villains was brought back from The Original Series in Khan (Ricardo Montalban), reprising his role. This really was the movie that made the rest of them possible, though they all had some degree of success. None of them really held a candle to Star Trek II: The Wrath of Khan.

My first memory of The Wrath of Khan was watching it on television, my mother’s hands over my eyes when Khan uses the Ceti Eels to take over the minds of Chekov and Captain Terrell. Ever since then, my impression of the film has been somewhat re-colored, as such experiences tend to do at such a young age. I always saw Khan as the film I was never supposed to see in its entirety, and it always felt thrilling and dangerous for that very reason. Of course, as time went on, the power of that scene has diminished greatly for me (though I doubt it can be argued that Trek has ever been more sadistic), but the net effect has stayed with me. I still love the idea of The Wrath of Khan: to take an episode like “Space Seed” from The Original Series and turn it into a tale of Khan’s insatiable thirst for revenge against James T. Kirk, with a virtual doomsday device of a weapon thrown in for good measure. That’s just a great setup any way you slice it, and Nicholas Meyer directs the film with an almost breathless intensity (certainly when compared to the first film). If The Motion Picture was an exercise in deliberate pacing and awe-inspiring scenery, The Wrath of Khan is a tightly-edited roller coaster ride that doesn’t have the time, luxury or inclination to stop and stare endlessly at star fields. Pretty much everything was overhauled after the first film, right down to the crew’s uniforms. The acting is top notch all around and includes Ricardo Montalban’s signature and defining moment as Khan, a role that has since become legend. It is worth noting that Kirk and Khan are never physically in the same scene a single time for the duration of the film. That all involved managed to keep the tension as high as they did given that fact is a testimony to how efficient an entertainment machine The Wrath of Khan is designed to be. What small beats of humor the film has are expertly timed and come off beautifully, unlike some later entries in the series (more on that later). If I had to muster one caveat about this second film, it would be that it’s much more of a B-movie than is The Motion Picture. It’s far more engaging in just about every way imaginable, but it loses much of that first film’s wonder in the translation. Still, this second film remains the high bar by which all other Trek movies are judged to this day, and rightfully so.

In 2009 Paramount released Star Trek: The Motion Picture Collection in anticipation of the Star Trek “reboot”. Seven years have now past since then and The Wrath of Khan was the only film in that set to receive a full restoration. Having said that, The Wrath Of Khan looked far better than any other in the set. Again, seven years have now past and this film is being releases as a stand alone film and we get the additional 4 minutes and a new title “Director’s Cut.” Star Trek is one of the jewels in Paramount’s crown and as they’ve shown us with Star Trek: The Next Generation series – they take care of their choice titles. The point I’m trying to make is that this Blu-ray has indeed gotten a new 4K restoration and the difference is noticeable fairly quickly when putting this into the player.  The lack of grain stood out, better color saturation, fine detail and and overall sheen to the film really make this heads and tails above the previously-released version. The 2.35: 1 AVC HD image sparkles and certainly doesn’t look like a movie that’s nearing 35 years old. I’d put it up there with the night and day difference on some of the Next Generation episodes. Yep, it’s that good and I’ll leave it at that.

What hasn’t changed (and there was really no need to change what wasn’t “broken”) is the audio mix. The same Dolby TrueHD mix is present in this new Director’s Cut. Dialog is crisp and clear, no matter how action-oriented things might get. The soundstage has opened up vastly from previous versions, with the films’ score finally and definitively given the breathing room necessary to truly encompass and achieve the type of visceral punch just not possible before lossless audio tracks. Surround use is also a bit more aggressive than I typically associate with films of this vintage. But perhaps most importantly, the soundtrack isn’t gimmicky or showy just for the sake of it. What they do instead is to noticeably enhance and augment what you”re used to hearing with a tasteful subtlety that still manages to raise the eyebrows from time to time. Excellent.

If you’re a fan of Star Trek, be it “old” or “new” then you’ve no doubt seen this film and it’s no coincidence that this has been hailed as the best in the franchise. While the newer Star Trek films have their own merits, there’ll never be another one like this. Improving on the previously-released 2009 Blu-ray (from the Motion Picture Collection) with a new 4K transfer and additional supplement, this is one that belongs on every collector’s shelf. 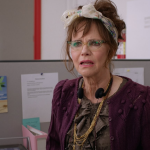 Hello, My Name is Doris (Blu-ray)
Next Article 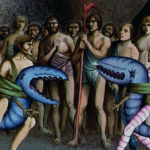