A majority of the Criterion Collection’s catalog are films that aren’t really for me. Don’t get me wrong, I wish that every studio went the extra mile that Criterion does with their releases, but that’s just not the case. They’re a labor of love while the other studios are just trying to rake in more cash. But the occasional title really does intrigue me and I have no idea why Fantastic Planet stuck out. Was it the cover art? As someone who reviews films, I do pay attention to the covers of the Blu-ray’s the flood my house daily. I have to admit that it is unique. A bright blue “fish” like creature holing a small human. Granted, most all of Criterion’s covers are unique in some way, shape or form. Whatever the reason, I’ve been waiting for this one. Prior to putting the disc into the player, I did a bit of research, saw how “highly acclaimed” this was and I felt adequately prepared myself for what I was about to experience. There’s a pretty bold political statement here too and without giving too much away, I’m sure it had something to do with Russia and the former country of Czechoslovakia. Moving on…

We meet the main players on an alien planet of Ygam. The Draags are a very large (100 feet tall +) group that occupies said planet. Converse that with the Oms (humans, think hommes) who are, for all intents and purposes, human. They’re treated as pets and/or playthings by the Draags – nothing more or less. The Oms are scrutinized for their rapid reproduction and learning ability. A particular Om named Terr has had his mother killed by an Draag. He becomes the pet of Tiwa, a much younger (but still very large) Draag.  As time goes by, Terr starts to become interested in the history and learnings of the Draags. Eventually he starts to take part in the lessons by himself and eventually escapes into the wild. There he encounters other Oms whom he educates with their history and language.  It’s not long after that that the “wild” Oms learn as well and start to organize a revolt. Suspecting the Oms revolution, the Draags employ a counter-measure to eliminate their suspected threat.

There shouldn’t be a lot of reading between the lines with the plot. Based on the novel “Oms en series” by Stefan Wul, this represented a different place and time for the world. Some might be too young to remember the threat of Communism and how powerful the Soviet Union really was. Clearly this movie is an allegory for what was happening in the world at that time (as are a lot of films). Putting that aside, the film is a pretty interesting watch and, as I’d alluded to before, I’d never seen it. Many have hailed this as one of the “greatest Science Fiction movies of all time.” I’m not sure if I’m in that camp, but it is a film that stays with you after the credits roll. Circling back to my comment about the Criterion Collection – I am glad that I took the chance on this film, regardless of the reason. An interesting side note: in my research for the film, it appears that L. Ron Hubbard ripped this off a bit in his book and subsequent movie Battlefield Earth. I actually never saw that atrocity, but it wouldn’t surprise me. Nevertheless,for those that have been waiting for this – your wait is over.

Criterion has taken their usual painstaking approach to this film and given it a new 2K restoration.

[dt_quote type=”pullquote” layout=”left” font_size=”big” animation=”none” size=”1″]This new 2K digital restoration was undertaken from the 35mm original camera negative at Eclair/Groupe Ymagis by Argos Films, with the support of the CNC, under the supervision of Florence Dauman and Fabrice Blin. The original monaural soundtrack was remastered from 35mm magnetic tracks and restored at Eclair/Groupe Ymagis.[/dt_quote]

Essentially every Criterion title has this, but for some reason I felt the need to include this in the review. Having never seen the film before, I had no idea what to expect. Though I did watch the trailer prior to seeing the film, I had the idea that the video quality had nowhere to go but up. The 1.66:1 AVC HD image does have some black bars (on the sides, mind you – this is less than the Academy standard 1.78:1 aspect ratio). The animation is a bit odd and takes a minute to get used to. I can only compare it to the Beatles’ Yellow Submarine or one of the cut scenes from Monty Python and the Holy Grail. It’s got some quasi-realistic effect to it that’s unlike any 2D or 3D animation that I’ve seen. It’s a unique look for sure. That said, and having no basis for comparison, I have to rely on Criterion’s laurels here and assume that this is possibly the best that the film could or will look. Colors are a bit muted, but that’s the way they’re supposed to appear.

I’m actually going to France in about six weeks so I guess that motivated me to select the original LPCM 1.0 mono track. Truthfully, I was pretty impressed. I realize that this isn’t a film that begs for HD 5.1 audio, but there were some spots that really had me turing my head. The French dialogue sounds clear and crisp and though I had to read the subtitles, I never really felt lost or out of place. This is an interesting mix (and I use that term loosely since it’s only one channel), but I was never let down. This proves the old adage that you don’t need multiple channels to produce a high-quality soundtrack. For those that don’t want to read and listen to an English mix, that is also included.

Many fans have been clamoring for more animation by Criterion and, more to the point, this film in particular. Having never seen it before, I was intrigued (admittedly, by the cover art). There’s a not so subtle political message in the film and the film makes good use of the unique animation and “trippy” sound mix. Criterions usual caveats apply: they’ve done a wonderful job with an outstanding picture, sound quality and supplements. Fans should rejoice and will have no problem adding this to their collection. 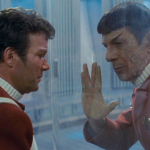 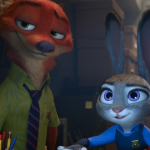