Before seeing the ads for Teen Titans Go! To the Movies I had never heard of the show at all. Since I was riding the MoviePass wave last summer, this was one that I figured they would simply flip the bill (which they did), but the trailers I saw did entice me. I’m usually not into these sort of animated outings, no matter how good the reviews. Still, things looks promising with a touch of wit. While I don’t feel this outing is a total loss, I think it’s better suited for the small screen (Where the show originated from). We get some good jollies, but things get a little bit stale before the closing credits roll. Even with the brief running time, this one runs out of gas before the ending. Should the target audience mind? I don’t think so as maybe their tolerance for this is greater than mine, but let’s dive in a bit further, shall we?

Robin (Scott Menville) has noticed that all the popular superheroes have their own films and are winning everyone over. He feels, however, that he and his gang of heroes should have their moment in the spotlight. He’s tired of being seen as only a sidekick, and wants to up the ante, so to speak. Together, they come up with some ideas to get the attention of the Hollywood bigwigs who will put them in their own movie. A noble idea to be sure. I mean, who doesn’t want to be a star? Still, there’s always someone out there trying to steal your thunder. Enter super villain Slade (Will Arnett) and you have a serious problem on your hands. The plot is formulaic and predictable, but that doesn’t always matter. Admittedly, it can be fun to see all these characters in a film together, though there’s obviously a more satiric vibe here. Depending on where you stand with the recent wave of superhero films, the tone here will either be a breath of fresh air or will wear you out. This compares favorably to the Lego Movie in many respects, though I think that film (and the follow-ups) had wit to spare.

The humor can sometimes be a bit too juvenile for its own good, but there are some witty bits here as well. Things at least move along at a nice clip even if the film starts to stall in the last half. The animation is nice to look at and the voice cast do solid work here. It’s slight and forgettable, but should please those knowing what to expect from it.

The 1.78:1 AVC HD image simply bursts with color. As well it should. The red in Superman’s cape, the orange and green of Robin’s costume – you get the idea. Being a 2D animated movie, there’s not a lot of issue with contrast, grain, etc. It’s big, bold, bright and looks positively stunning on screen. Honestly, I could go on and on, but this one is simple and easy – it’s perfect.

The DTS HD Master Audio soundtrack has a few unexpected surprises during the course of the film. What surprised me the most was the top notch talent that lent their voices to the project. Nicholas Cage as Superman, Will Arnett as Slade, Kristen Bell as Jade and Michael Bolton as Tiger. That’s just to name a few. The vocals are pure and rich. Surrounds are used sparingly, but with good effect. Don’t let the fact that this is animation fool you, it’s got some gusto when it wants to. A fine effort here as well.

Titans can be fun at times, but the novelty does start to wear off after a while. I’d advise a rental, though the young ones should eat it up. It’s a slight feature that doesn’t take itself too seriously. I think to best enjoy it, you have to know that going in. Some viewers might welcome this change of pace from some of the more serious DC outings as of late. Rent it. 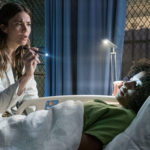 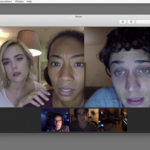