It’s said that the average American spends up to 11 hours a day connected to some sort of device. Be it a computer, tablet or the ever-faithful smartphone. That’s a lot. Nearly half a day. We use web browsers, Skype and Facebook without thinking who or what could be out there with some nefarious plan. And, for most of us, it’s something that we need not concern ourselves with. But there are a lot of bad folks out there and it’s only a few clicks of a mouse for someone to invade your bank account or in the case of this film, your home. A follow-up to 2015’s Unfriended, this movie was the inevitable sequel. Why? The first one had a budget of $1 million dollars and made $65 million at the box office. When a movie grosses over 60x what it cost to make – you make a sequel. Like the Saw movies, this one has a new cast as the cast of the first one, well, it’s a horror movie so you connect the dots.

Colin Woodell plays Matias, he’s recently procured a new laptop. He joins friends AJ (Connor Del Rio), Damon (Andre Lee), Serena (Rebecca Rittenhouse) and Nari (Betty Gabriel) for a Skype game night. Matias has just had a squabble with his girlfriend Amaya (Stephanie Nogueras), who happens to be deaf. He’s spending what free time he has to develop an app called Papyra. It translates what he speaks to text so that he and Amaya can communicate better (she had wanted him to take sign language classes, but he only went to one). However, during the course of this “game night”, Matias realizes that he has access to the previous owner’s credentials. He starts getting odd Facebook messages that go from whimsical to threatening in record time. He then divulges that he stole the laptop from a cyber café lost and found and didn’t purchase it. The owner wants it back else Amaya will die. It’s then discovered that the laptop contains a lot of snuff footage of women being tortured and killed. The police can’t be called else the entire gang is in danger. This is no Game Night.

I would think it goes without saying that if you see a laptop lying around in a lost and found, it’s probably there for a reason. But with so many devices being easily accessible, all it takes is a quick wipe and then things end up on Craigslist or eBay. Coincidentally, when watching this film I had my old laptop for sale on eBay. I nearly ended the listing! Ok, not really. I will say that this film makes you think about what the possible ramifications could be if someone really wanted to do the things that are done in this film. I’m sure some liberties were taken, but generally-speaking if someone really sets their mind to it, there’s little that can be done to stop them. The third act is, admittedly, a bit preposterous but I found that the film was superior to the first one.

Often in this section I’m almost complaining since most every “new to Blu-ray” film looks so good that I run out of words to describe how wonderful they all look. Well, that’s not the case with this movie and, to be fair, it’s not really a fault of the disc or the manufacturing process. Unfriended: Dark Web is like watching a movie on your laptop. The entire film is based around windows (Mac) floating on a computer screen. The video seems to break up and pixelate that’s common with programs like Sykpe. The lighting is poor and it’s meant to be. There’s really not one scene that deviates from this setup. Still, when looking at it from a purely technical level, the quality just isn’t that good.  I realize that the look they were going for was what we saw, but comparing it against new, filmed movies is no comparison at all.

Likewise, the included DTS HD Master Audio track isn’t really anything special either. Again, I realize that the environment the filmmakers were trying to reproduce doesn’t call for a lot of ambient sound. Those familiar with the little clicks and notification sounds will feel at home. The ever-present clicks and whirrs of Skype are faithfully reproduced and as for vocals, they sound about average. There’s some noticeable distortion in the characters’ voices, but it’s what was intended. There are a couple of “gotcha” moments which, I’m assuming, every horror movie feels the need to have. Still, when looking at this as a whole, it just doesn’t sound that great (and again, I realize it wasn’t supposed to).

I have no idea that validity of some of the things that go in in this film. I have to imagine that there are some pretty competent hackers out there. Well, put it this way, if they were able to tamper with the 2016 Presidential election, I can imagine that taking over your web cam is no big deal. As for the film itself, Unfriended: Dark Web was, I found, more entertaining than its predecessor. Then again the bar was set pretty low. 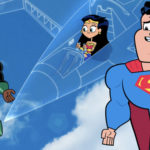 Teen Titans GO! to the Movies (Blu-ray)
Next Article 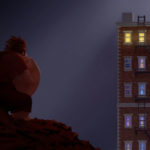