The original Addams Family, as shown on television, predates me though I’d seen plenty of episodes via reruns. But when the 1991 film came out, I was excited to see it and enjoyed it and its sequel. But that’s been nearly three decades and it was time for a new generation to be introduced to those “oooky, kooky” neighbors that everyone’s just a bit afraid of. We all know the names: Gomez, Morticia, Lurch, Cousin It, Pugsley and Wednesday. And let’s not forget Uncle Fester! The Addams Family was released in 2019 and managed to scare up over $100 million at the domestic box office. That’s not too shabby for a family we’ve all known for over 50 years. With the success of that, a sequel was a no-brainer. And, well, here we are.

This time around the focus is on Wednesday (voiced by Chloë Grace Moretz). A brilliant, but “mad” scientist, Cyrus (voiced by Bill Hader) thinks that she might be his biological daughter. And we meet a social worker (voiced by Wallace Shawn) who keeps poking around with some information that might support this. This leads Gomez (voiced by Oscar Isaac) and Morticia (voiced by Charlize Theron) to elude him by taking a road trip. Wednesday isn’t crazy about it, but Pugsley (voiced by Javon Walton) and Uncle Fester (voiced by Nick Kroll) are digging it.

And, well, that’s it. It’s essentially The Addams Family: Road Trip if you can imagine such a thing. Some might disagree with taking such well-known characters out of their familiar surroundings, but I rather enjoyed some of the different “locales” like the Grand Canyon and Niagara Falls. I applaud the filmmakers for having the nerve to do just that. And I realize I’m probably in the minority. The film didn’t take in as much money as its predecessor, then again going to the movies wasn’t exactly a priority when this came out. It did still manage to rake in over $100 million worldwide, so it wouldn’t surprise me if we saw a third installment. In a nutshell, if you liked the first one – this is more of the same. And I was OK with that.

Ok, if it’s not evident by now that any computer-animated film is going to look amazing on your 4K TV then I don’t know what to tell you. Be it Pixar, Dreamworks or any of the other studios out there; it’ll look amazing. And so does this. I don’t necessarily see the need for a 4K version of something that looks nearly as good on Blu-ray (also included in this set), but to each their own. What can I say? Colors pop. Detail is razor sharp. Contrast is strong and just about every visible part of the color spectrum is represented here. The 1.85:1 AVC HD image simply looks so good you feel you can reach out and touch it. But don’t, though, you’ll just smudge your TV and then you’ll have to clean it. You’ve been warned.

I can’t imagine that there’s too much of a benefit that a Dolby Atmos mix would bring to this film. Taking into consideration the target audience, I just don’t think they’d…get it. Suffice it to say that no matter which one you choose, the sound is robust. All of the actors’ voices are clearly and faithfully represented, and it features a busy and dizzying soundstage that’s sure to please and don’t forget to turn it up.

The Addams Family 2 is harmless fun. I actually enjoyed it despite thinking I might not. I preferred the first one a bit more (then again, that’s generally the case with jus about everything) but if you check your brain at the door – you’ll have a ooky good time. 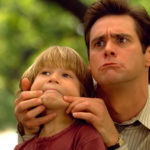 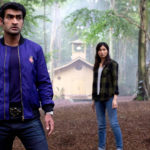