Private investigator Moses Wine and his sons do some industrial detective work that is pretty tame. Moses is behind on his child support payments and has a strained relationship with his ex-wife. Moses drops off the kids and returns to his home to play the board game Clue by himself. Lila (Susan Anspach,) a former flame of Moses, arrives at his home to offer him a job. She works for gubernatorial candidate Miles Hawthorne. They go to the Hawthorne campaign headquarters and Moses meets the campaign organizer Sam Sebastian (John Lithgow.) Sebastian wants to hire Moses to find out who is trying to link Hawthorne to Howard Eppis (F. Murray Abraham) an outspoken former radical. A flier had been posted with a photo of Eppis sitting with Hawthorne. This would destroy Hawthorne’s chances in conservative Orange County. Moses spent time at Berkeley as an activist in the Sixties, so he seems like the right man to help track down Eppis and whoever made the fliers. Lila accompanies Moses and they begin to make progress while also rekindling their romance. When Moses shows up for a date with Lila and finds that she has been murdered, he resolves to find out what is happening and why she was murdered.

The film is a loose detective film that feels like it is more about the death of the idealism from the Sixties. This is a film that is about a certain feeling. The fallout from the sexual revolution and the tough economic times of the Seventies has left families split and struggling to make ends meet. Selling out is the only way of finding any solace because the revolution did not achieve the intended results. The country has just managed to get out of an unnecessary war and now people don’t know what to fight for next. It is interesting to watch any film tackle these issues head on, especially a comedic detective film, but The Big Fix does just that. There are more than two scenes where Richard Dreyfuss’s character cries – once about the death of Lila and his memories of her, and once while watching footage from the late Sixties. This film is a post-mortem on an era dressed up as a comedic detective film. I have a feeling that on repeat viewings the film will be viewed better than on the first viewing due to different expectations.

Richard Dreyfuss is excellent in the role of Moses Wine. He makes the character so realistically empathetic that it sets the film apart. It is a really subtle and nuanced performance that made me want to rewatch the film again. F. Murray Abraham turns in a great supporting performance that I won’t spoil, but his character’s arc is a great statement on the ways the culture had changed since the Sixties. The movie is helped along by solid cinematography by Frank Stanley and a fun score by Bill Conti.

The only thing that works against the film at all is that the final act definitely stretches the imagination of the viewer. It is a bit weak compared to the rest of the film. This is a pretty minor weakness to get to enjoy such a unique entry in the detective genre. For myself, this movie was well worth my time and I could easily see myself revisiting it again in the near future.

Universal Pictures provided Twilight Time with a good looking but not amazing transfer of the film in 1.85:1 aspect ratio with an MPEG-4 AVC encoded image. Twilight Time is a small label and does not perform its own transfers, relying on the studios to provide the best quality transfers available of the films. I have no doubt that this is the best HD transfer of the film, but it is not without its issues. The film has persistent grain that can be a bit distracting at times. There are also times where the film’s picture clears up and it looks pretty lovely. While this is probably the best the film will look for the foreseeable future, I would recommend tempering your recommendations.

Twilight Time have provided a solid DTS-HD MA 1.0 track that sounds much bigger than that. The reason this track feels like a stereo track is due to the soundtrack work by Bill Conti in the film. The film has a good soundtrack that fits the film well. Dialogue is clear. Honestly. There are no issues to speak of here.

The Big Fix is an interesting entry into the detective genre. Featuring a great performance from Richard Dreyfuss, it is one of the most bittersweet detective films ever made. I think the artistic statement made by the film was not fully appreciated when it was released. To me, this film is ripe for rediscovery. The technical specs for the film are pretty good, but the transfer is not up to the level of a Sony restoration, so adjust your expectations slightly. I will definitely be revisiting this film in the future. 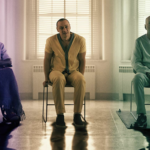 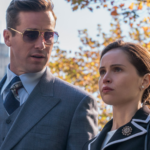