Bob’s Burgers might not seem like it’s over a decade old, but you know what – it is. With a couple of “other” animated shows on Fox, namely The Simpson’s and Family Guy, it’s relatively easy for an animated show to pale in comparison to those two powerhouses. But the show has managed to carve out a pretty nice little niche and though I still prefer the two aforementioned shows to this, I still enjoy an episode every week. I do have to say, however, that it was somewhat of a surprise when I saw The Bob’s Burgers Movie coming out. It took The Simpson’s nearly two decades for their fist (and as of this writing, only) theatrical feature and Family Guy has yet to have one. But, hey, I enjoy the show though there’s usually a big difference between a 22 minute episode and a 100 minute feature-length film. Fans of this show will find more of the same, all the usual voices and characters are there but there’s, as expected, a larger plot.

Bob (voiced by H. Jon Benjamin) and his wife Linda (voiced by John Roberts) have found themselves deep in financial trouble. The bank has given them a week to pay off their loan else their beloved restaurant will be foreclosed upon. To complicate matters a giant sinkhole has opened up right outside their place of business, making it impossible for customers to enter. Their daughter, Louise (voiced by Kristen Schaal), falls into the sinkhole only to discover a corpse of a carnival worker. Their landlord, Mr. Fischoeder (voiced by Kevin Kline) is the main suspect, though Louise and her siblings Gene (voiced by Eugene Mirman) and Tina (voiced by Dan Mintz) think that if they prove his innocence, he’ll help them out financially thereby saving their restaurant. Thus begins the adventure that finds them in the heart of the carnival called Wonder Wharf.

Bob’s Burgers, both this film and the series itself, is an acquired taste. It doesn’t have the “OMG they just said/did that?” factor of Family Guy and don’t have a lot of social commentary like The Simpson’s. But as I alluded to before, this has managed to “do its own thing” and with a decade of episodes under its belt, has continued to grow on me. The film did…OK when it came to numbers, pulling in around $30 million (of it’s $40 million budget), so I don’t know if we’ll see a sequel and it might be argued that this might have been better-suited for a TV special. Nevertheless, if you’re a fan of the show, this delivers more of the same, with a few song and dance numbers added in for good measure. It’s got that quirky sense of humor that I find appealing. Perhaps you will too?

The Bob’s Burgers Movie flings its way onto Blu-ray and looks well done (hopefully people get that reference). The film is also available in 4K, but I really find it difficult to believe that it would look that much better. The 2.39:1 AVC HD image allows for a clean, crisp visual texture, so the show’s bright presence comes off in fine fashion. The atmosphere looks excellent, so the basic animation style carries well here. It does look a bit more “cinematic” with soma additional shadows and depth that the regular series doesn’t always have. Colors are bright and bold, even the dark scenes look good. This looks positively spectacular on Blu-ray.

The Bob’s Burger’s Movie serves up a decent audio mix. I don’t have a whole lot to discuss in this department, since the show’s audio is basic and so is this presentation. There is no real power or depth to mention, outside of the music, which has a little presence at times. The DTS HD Master Audio mix is passable, but shows like this or The Simpson’s don’t really offer a lot in this department. I will say that there are more than a few musical “song and dance” numbers thrown in for good measure. But all of the needed elements are on full showcase in these tracks. The real focus is on dialogue, so the clean and clear vocals found here are a welcome fixture in the mixes.

Odds are that if you find shows like The Simpson’s, South Park or Family Guy enjoyable then there’s a lot to like with Bob’s Burgers – and, more the point, The Bob’s Burgers Movie. It’s essentially more of the same which looks good, sounds good and has enough supplements to warrant a purchase. 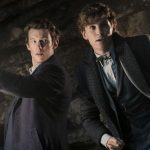 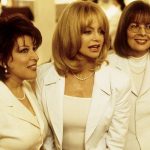