1996, for me, was right around the time when I really started taking movies more seriously. I’d always been a fan of film, but it really wasn’t until around this time that I started following certain directors, looking at box office numbers and, well, essentially paving the way for me to do this. What’s this, you might ask? Good question. When I figure out a decent answer, I’ll update this review accordingly. Kidding aside 1996 was actually a pretty decent year for the box office. Tom Cruise kicked off the first Mission: Impossible movie (a franchise that, as of this writing, is still going), Will Smith proved he was king of the Summer in Independence Day and we were also treated to a few new (and now) modern classics like Swingers and Scream. But with The First Wives Club, it’d find three women nearing that magical age of 50 that would become an unexpected hit. I’d never seen the movie until the disc showed up. The wait is over.

We meet the three titular characters in Brenda (Bette Midler), a woman who once worked behind a cash register and set her husband (Dan Hedaya) up in the electronics business. Now he’s taken the money and has found a newer, younger squeeze (Sarah Jessica Parker). Elise (Goldie Hawn) is an Oscar-wnnning actress who’s so obsessed with her looks that she’s gone overboard with the plastic surgery. Her husband (Victor Garber) wants her to pay alimony so that he can cast his young starlet (Elizabeth Berkley) in some leading roles. And finally there’s Annie (Diane Keaton), the ditzy but shy homebody who still hopes that her husband (Stephen Collins) will someday return. Instead he’s taken up with his therapist (Marcia Gay Harden). The trio, who all attended college together, reunite after the funeral of a friend (Stockyard Channing) who took her own life. In short, the women are mad as hell and they’re not going to take it anymore!

If ever there was a film that embodied the term “girl power” this has got to be in the running. It’s got all the right elements of drama and humor that work so effortlessly together and some of the characterizations are so spot on, you’d think the screenwriter (Robert Harding) could read minds! And, let’s face it, men are pigs. What better way to empower an audience that by taking three hard-working women who have been dumped by their loved ones and watch them go to work. “Hell hath no fury like a woman’s scorn.” Yeah, I’ve been there. OK, the movie isn’t perfect, it’s a bit trite and predictable but there’s something so satisfying about seeing some awful characters get their comeuppance, it’s ultimately worth the wait. Keaton, Midler and Hawn are all in perfect form and the ensemble cast (full of familiar faces) only sweetens the deal. I found it entertaining and oddly satisfying.

Having never seen the film before, I really had no idea what to expect. But given that the Paramount Presents line of films has really raised the bar for the titles within, I had high hopes. Those hopes were confirmed when I viewed the newly-restored 4K image. The 1.85:1 AVC HD encode looks sharp, detail is above average and we get some great, broad shots of New York City. The interiors look nice as well, sporting a very natural and warm-looking color palette. There’s a fine layer of grain that persists, but it’s not intrusive. In short, it’s a good-looking film and I’m willing to bet that the 4K restoration had a lot to do with that.

The included DTS HD Master Audio track has a few moments and it didn’t take me very long to figure out that music, the soundtrack rather, has a lot to do with the film and its overall presentation. Vocals are sharp and crisp, surrounds are used more often than I thought, offering up a fairly decent soundstage. Mark Shaiman’s score sounds simply divine throughout. It’s a good-sounding track indicative of the genre.

As of this writing, it’s been just a shade over a twenty five years since this film was first released. It managed to gross over $100 million (this is in 1996 dollars) and it’s a head scratcher why there was never a sequel. Oh well. Fans will appreciate the newly-restored picture and new supplment and it’s another fitting entry into the Paramount Presents line. 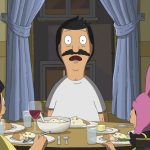 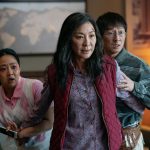