Sean Penn plays a sniper on the run in The Gunman, Directed by Pierre Morel. The film was slayed by critics and bombed in theaters. Did it deserve such a fate? Sadly, the answer is yes. Despite some decent action sequences and an unflinching level of intensity, the film just doesn’t work. Penn plays Terrier, he assassinates the minister of mines in the Congo only to find himself discovered several years later. The rest of the film has Terrier on the run as he’s targeted by several people out to seek revenge for what he did years prior. There are some minor subplots and characters here, but nothing registers. Terrier has issues with suffering from serious headaches, but I found myself not caring about his fate one bit.

Director Pierre Morel made a name for himself when he directed Taken, starring Liam Neeson. While that film was far from perfect, I at least cared in some way about the characters. Morel also directed From Paris with Love a few years later, and while that film failed to make much of an impression at the box office, I still found it hugely entertaining. I think a big part was that Paris had a sense of humor about itself, it knew not to take itself too seriously. Not that a serious tone can’t work in a film like this, but there’s just nothing particularly interesting going on here. Outside of having the physical physique, Penn gives a dull performance here. The film doesn’t help matters, but he seems as bored staring in the film as I was watching it. I mentioned the action sequences, and to be fair, they are quite intense. The problem is, when you become so detached from a film, even the action moments seem dull. There might be a good movie to be made here, but the final product shows none of that. There are far better action flicks to spend your time with. Don’t waste it on this one. Skip it.

The film might be lousy, but the transfer is nearly flawless. Details are strong from the opening moments of the film, with rich colors and details throughout. We get an AVC encoded transfer with a 2.40:1 ratio. There’s a good bit of blood splatter and gunshots going off, and the colors are always well rendered. The print displayed no flaws either. This transfer satisfies.

Also strong is the Dolby Atmos track. While I don’t have the latest or most elaborate sound system, this track still impressed me quite a bit. There’s never a moment that won’t impress. There are a number of occasions where the bullets started going off and it sounded like it was right behind me. The subwoofer got a lot of use here as well.

With a muddled plot and a dull central performance from Sean Penn, Gunman disappoints. There’s just little here of interest. The sad part is that some of the action sequences are quite intense and well-staged, but you’ll likely find yourself having a hard time caring, maybe even a harder time staying awake. Skip it. 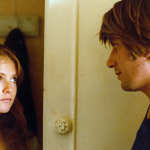 Every Man for Himself: Criterion Collection (Blu-ray)
Next Article 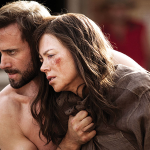