I may be in the minority here, but I found the 2017 sequel, Kingsman: The Golden Circle to have been a much more enjoyable film than its predecessor. Just like the other 2017 sequel, John Wick: Chapter 2, I felt it took the things that didn’t work as well in the original and things simply meshed better for me. The King’s Man, a prequel, had quite a rocky road getting a theatrical release. Like a lot of things, the last two years, it had its release date rescheduled several times. It finally opened last December to little business at all. Whether the target audience was still skeptical about returning to theaters or the film itself didn’t interest them is a debate for another day. Sadly, we may not get another one of these films for a while. Truth be told, while not horrible, this prequel did little to excite me for another chapter. I missed the goofiness of the second outing and generally speaking, I find prequels to be unnecessary and boring overall. Despite the occasional action scene and some heartfelt moments, this latest outing simply feels like padding. I do hope Director Matthew Vaughn gets one more chance to progress the story.

In 1902, British aristocrat Orlando Duke of Oxford (Ralph Riennes) sees his wife Emily mortally wounded right before his eyes. She makes Orlando vow to never let her son see war again as she takes her final breath. We cut to 12 years later where we find the duke’s son Conrad (Harris Dickinson) as he wants nothing more than to go fight. He is forbidden. Djimon Hounsou shows up here as Shola who is a servant and eventually a spy for Duke and his team. Their hope is to end the Great War and save England and the world. While that is the gist of the plot, The King’s Man throws plenty at us. Maybe a bit too much for some. I know I had a hard time maintaining my investment. Rhys Ifans as Rasputin steals many of the scenes he’s in, but a scene where he hopes to heal the duke’s injured leg is a bit much. Even thinking about it makes me queasy. It all builds to an admittedly exciting climax set out near the mountains. I just wish the film had more of that excitement throughout.

I read many criticisms of the film’s inconsistent tone, among other things. That didn’t bother me as much as the general boredom I had with the whole endeavor. Sure, we some thrilling action sequences, but they’re surrounded by a lot of exposition. I recall an early advertisement where Director Mathew Vaughn was speaking of his intentions of the film and making it something of a throwback. He went on to say that the films that inspired this weren’t boring, but just made well. I can give props to him on that. In terms of set design and staging the action sequences he does a fine job. For me it was simply a lack of overall interest. It may make for a decent rental for those curious, but I feel this entry is a small step backwards for this series.

With an appropriate wider 2.39:1 ratio, that really lets the image showoff the very nice visuals. In fact, the visuals are one of the film’s bigger strengths so looking this nice helps things. I have read great things about the 4K release, but we shouldn’t forget just how great Blu-Ray discs still look. I did see the film theatrically and I can recall that the image presented here at least brings it home accurately. Viewers should feel pleased with the results here should they opt for this release.

The film opens with a war sequence, so right away the DTS HD track brings us into its world. Vocals were fine, but the action scenes are what will be most remembered. I feel more than pleased with the results here. I did have to keep the remote handy to adjust the volume accordingly. Like the transfer, this track handles the film well.

Probably the most “Just OK” film I can recall in recent memory. I would’ve preferred the filmmakers take the story forward, but maybe (hopefully?) they get that chance. With the film’s only decent box office results, we will just have to wait and see. I was mostly indifferent towards this, but a rental should suffice. 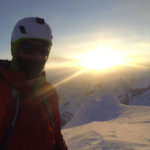 The Alpinist (Digital)
Next Article 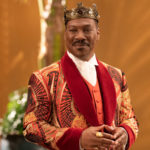