Movies about home invasion hit home (pardon the pun) with a lot of people. Why? Well, it’s…home. It’s the one place you can and should feel safe. To have that sanctity broken is something that should be feared. But I’ll pass on the rest of what I was going to say and will conclude my brief introduction with the caveat that films like this make for great movies. I mean, why not live vicariously through others instead of dealing with things yourself? Makes sense to me. With that, first time director Julius Berg obviously got some influence from other films. The one that comes to mind is Don’t Breathe. If you’ve not seen it – do. But if imitation is the most sincere form of flattery, then The Owners is in good company. Enough talk, let’s get this party started!

Dr. Huggins (Sylvester McCoy) and his wife, Ellen (Rita Tushingham) are very well off. He’s, as the title entails, a physician and she his doting wife. Three friends come up with the great idea to break into the Huggins’ home to steal the valuables inside their safe. We’ve got a trio of brainiacs with Gaz (Jake Curran) leading the way along with Terry (Andrew Ellis) as the “nervous follower” and Nathan (Ian Kenny) who lands somewhere in the middle. After the trio break into the house, they discover the safe can’t be opened and they’ll need the assistance of the Huggins. This is where things get interesting. Without giving anything away, I’ll say that the tables are turned and the intruders are now looking for a way to escape. The question is: can or will they?

As I type this I realize that I neglected to mention the marquee name: Maisie Williams. For those that don’t know the name, I’m willing to bet that the name Arya Stark from Game of Thrones, rings a bell? If it doesn’t, I wonder what cave you’ve been hiding in for the last decade? Williams plays the girlfriend of Nathan and gets roped into the antics. Nevertheless, when all was said and done I didn’t dislike the film, but it wasn’t what I was expecting, either. It’s the kind of movie that I watch and then when perusing my Blu-ray collection the next year, pop the disc in the player and say “Oh, I’ve seen this.” It doesn’t resonate, I guess would be my central theme. Still, the performances are good, I did like the “twist” and if you’ve a fan of films like this then you could do a lot worse.

Looking at the box art alone should give the viewer some indication of how this will look. It’s dark. And for good reason as the majority of the film takes place over the course of one night. Back in the days of DVD, this might have been a problem. I could see where macroblocking, artifacting and grain might present a problem. But that’s not the case here (nor would we expect it to be). Rather, the image seems very strong and consistent throughout. Flesh tones are a bit muted (they are British after all), but I found detail sharp. It’s what we’ve come to expect from a new film. I will note that the aspect ratio changes during the final sequence. If you’ve seen Gretel & Hansel – you’ll know what to expect.

The included DTS HD Master Audio sound mix has several moments that made me stand up and take notice. Ok, I didn’t really stand up, but you get the idea. A squeaky staircase, plates smashing and doors opening and closing are just a few of the natural sounds, but there is a presence here that gives it a nice lift. Vocals are as we’d expect – crisp and clear. This is, by no means, demo material but I found it to be better than expected. And that’s always a good thing.

I would have thought the days of people breaking into others’ homes to steal valuables from a safe were a thing of the pasts. Apparently not. While The Owners has a few tricks up its sleeve, I found it a tad bit predictable. The disc looks and sounds good, though it light on supplements. This one is for serious fans only. 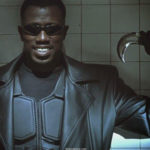 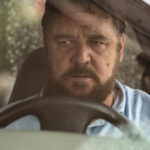