WB Archive recently turned their attention to a lesser known Neil Simon play adaptation The Prisoner of Second Avenue starring Jack Lemmon and Anne Bancroft. I have always like Neil Simon films and I love Jack Lemmon so I was pretty excited to check out the film. Despite some excellent performances, the film is definitely a mixed bag.

During a massive heat wave in New York, Mel (Jack Lemmon) navigates losing his job, a home break in, and a nervous breakdown. While his life is spiraling out of control, he has the support of his sweet wife Edna (Anne Bancroft.) The film is tragi-comic and narrowly navigates the line between drama and comedy.

I for the most part really enjoy Neil Simon films, but this film goes over the line into incessant complaining for the entire run of the film. I am not exaggerating when I say that Jack Lemmon’s character complains for the entire course of the film. The effect is like going to a dinner party and being trapped in a conversation with an unhappy person for an hour and a half. The film takes place in a claustrophobic setting for the characters and the effect is claustrophobic for the viewer. I can see this script working decently as a play, but as a film, it was hard to stand. To finish the movie took me a few days because after thirty minutes, I couldn’t handle any more complaining. That said – it still has its moments.

The movie is well shot by cinematographer Philip H. Lathrop and is capably directed by Melvin Frank. The acting by both Jack Lemmon and Anne Bancroft is flawless. The crew that made this film did the very best they could with the material. The film features enjoyable cameos by Sylvester Stallone as a pickpocket and F. Murray Abraham as a taxi driver. There is no fault in any department except for the script itself.

At the end of the day, I really wanted to enjoy The Prisoner of Second Avenue. The film is very well made, but the script will turn off 99% of viewers. Unfortunately, the film is just not pleasant enough for me to make a recommendation.

Warner have done an excellent job on the restoration of the film. Presented in 2.39:1 aspect ratio with an MPEG-4 AVC encode, the film looks great. There is a fine level of grain. Fine detail is excellent and the film is very colorful. The print was in great shape and this is another great looking transfers from Warner. I feel like I can safely say that this is the best the film has ever looked.

Warner have provided a great DTS-HD MA 2.0 track. The film has a whimsical score by Marvin Hamlisch. Dialogue is very clear. There are no issues with levels. No hiss or distortion. The score sounds crisp and clean. The track is well balanced. Fans should be pleased. 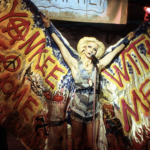 Hedwig and the Angry Inch: Criterion Collection (Blu-ray)
Next Article 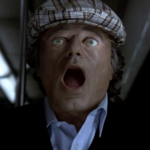