I should probably state that I find the original Vacation and Christmas Vacation films to be two of the best comedies of all time. They’re endlessly enjoyable, and have great replay value. Both of them showed Chevy Chase in top form as Clark Griswold. While I’m not particularly fond of European Vacation or Vegas Vacation. They at least have their moments, especially the former. Needless to say, I was less than enthused when I learned there was going to be a follow up, essentially a sequel to the original film. Sequel, remake, reboot, and call it what you will, but it’s a very lousy film even in its own right. All it ultimately did was make me miss the original all the more. One of the joys of the original film as well as the others is that the humor was far more witty than vulgar. Actually, with the exception of a joke or two, I can’t think of anything from the original film that pushed things into vulgarity. Sadly, this new chapter nearly drowns in it. One of these bits includes the family swimming in a sewage dump. There’s nothing funny here. It’s just gross.

Before I go on about what I didn’t enjoy about the film, I realize I haven’t touched on the plot yet, what little there is of it. Rusty Griswold (Ed Helms) is all grown up and married to Debbie (Christina Applegate). They have two sons and Rusty (reminiscing of the vacation he went on as a kid) decides to mix things up a bit and take his family to Walley World. And so their journey begins. Along the way, they stop at Audrey’s house. She’s now played by Leslie Mann and married to Stone (Chris Hemsworth). We then follow the gang’s misadventures as they continue on to Walley World. There’s even a last minute cameo appearance from both Chevy Chase and Beverly D’Angelo. The less said about it, the better. Actually, it’s kind of sad to see the two now being so much older. Chase looks quite bad. It doesn’t help that the script gives them almost nothing to do. The film was really problematic before filming even began. For one, it can’t stand on its own because the very premise relies on referencing the original film. There’s even a smug, unfunny moment early on where Rusty says “This vacation will stand on its own.” Not just an unnecessary line, but also too self-aware for its own good. I haven’t touched on how annoying the two kids are this time. The younger son Kevin constantly picks on his older brother. It’s just too mean spirited to be funny. Not to mention that he got on my nerves very early on. The film also isn’t sure how to handle the Rusty character this time. He’s simply a jerk. There’s a scene where he finds his son talking to a girl by the pool. What he does here is not only questionable, but not funny in the least. I suppose in 2015 the filmmakers feel it’s more hip to have the dad basically bully his son than to actually try to be a good father. I could go on, but the film just left me cold. Too many of the jokes fall flat, and when there’s a potentially funny route, it goes for cheap, easy laughs. Skip this garbage and watch the original film again.

Presented in a 2.39:1 AVC HD encoded transfer, Vacation looks pretty much as we’d expect it to look. As we see the family traversing the country (well, Georgia) and the various landmarks, the image is bright, cherry and clean. Detail is razor sharp, flesh tones are natural and there’s a slight bit of grain for that “film-like” quality (even though the film was shot digitally). As a new to Blu-ray film, we’ve come to expect this – particularly from Warner, so there’s nothing really to complain about here as it looks the part.

Consistent of a typical comedy mix, the included DTS HD Master Audio soundtrack has the right mix (pardon the pun) of action, ambient effects and everything in between. Vocals are generally crisp and clear, surrounds are used to an extent and there’s a scene or two that bring the LFE into play. I really can’t go on much more as this is about as standard as it gets. It gets the job done.

With too much reliance on gross, vulgar humor, Vacation falls flat on several occasions. It’s hard to judge it on its own terms when it keeps referencing the earlier film, but even in its own right, it just doesn’t work. The kids this time aren’t funny, the parents are crueler and the journey isn’t amusing in the least. Hopefully this is the last we see of this gang. 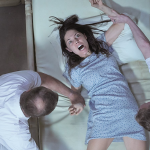 The Exorcism of Molly Hartley (Blu-ray)
Next Article 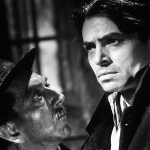