Do you love Christmas? I mean, do you look forward to it each and every year? Oops. Can we actually call it Christmas anymore or do we have to use the more politically-correct “Holiday Season?” Whatever your thoughts, it can’t be denied that the special time between mid-November and the end of the year is, to many, the most wonderful time of the year. But for every Hallmark movie that reunites a young professional with his or her (OK…her) long lost love at home, we’ve got movies like Die Hard and Krampus. You know – alternative Christmas films. Violent Night is in the same vein as the two aforementioned films. Have we been good or bad this year?

Jason (Alex Hassell) and Linda (Alexis Louder) want to give their daughter, Trudy (Leah Brady) a nice Christmas. Putting aside their personal differences, they make their way to Jason’s mother’s house (Beverly D’Angelo). They’re joined by Alva (Edi Patterson), her boyfriend Morgan (Cam Gigandet) and their social media son Bert (Alexander Elliott). No one seems to get along. They get interrupted by “Mr. Scrooge” (John Leguizamo), a criminal who has his sights set on stealing the $300 million that Gertrude has in her basement safe. He’s assembled a team to help, but what he doesn’t count on is Santa Claus (David Harbour). Yes, he’s the real Santa. But he’s grown weary of his job and prefers to take a few drinks. This sets the stage for his bad attitude and going toe to toe with Mr. Scrooge and his goons.

Holiday movies, for me, are hit and miss. I’ll come right out and say that my favorite “Christmas” movie is It’s a Wonderful Life. There, I said it. But if you’re looking for something that’s, well, the polar opposite of movies like that then we’ve got this. It’s the anti-Christmas movie, but it oddly hits all the right chords. Seeing a pissed off Santa Claus might not embody the holiday season, but it makes for a wonderful viewing experience. Couple that with a home invasion and every actor doing their best to overact – and we’ve got ourselves a winner. As of this writing, the holidays are behind us, but I’ve now got a new reason to look forward to Christmas each and every year.

By and large, horror movies are generally dark. Since the movie epitomizes the genre, this looks – you guessed it – pretty dark and dismal. The 2.39:1 AVC HD image isn’t really ever challenged in the least. The darker scenes are rock solid, there is no movement in the shadows, no black crush and contrast is strong.  Detail looks good as well, as we’d might expect, this is particularly unnerving when we see some of the creates that the film has to offer. Again I find myself saying this – it’s pretty much what we’ve come to expect from a Blu-ray that’s new. While I found a few areas in which I think it was challenged (a bit of grain on some of the scenes), don’t let it bother you – this looks good.

The DTS HD Master Audio track is included and does its job rather well. Vocals are crisp and rich, directional effects are used with great ambition and the front stage manages to stay pretty active throughout. While this isn’t the most active and robust mix I’ve heard, it’s really hard to find fault with these modern films. Even those that don’t have a lot going on still manage to sound pretty darn good and Violent Night is no exception.

Not every “Christmas” movie needs to have a message of hope and mankind’s good nature during the “most wonderful time of the year.” I had no idea what to expect when watching this, but found myself really enjoying it. Universal’s disc, as expected, looks and sounds good. Fans of the film will enjoy this presentation. 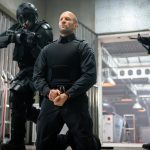 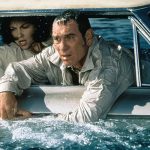