While I’ve never been told I can’t curse in a review, I really try to avoid it. This isn’t a job, but we do want to write professionally. I bring this up because as I started Welcome to Marwen, I kept telling myself “I’m about to cut this crud off.” I obviously used a less harsh word there, but yes indeed, this one is quite bad. I avoided it in theaters, and it was a huge bomb for Universal and failed to click with critics and audiences. I wrongly guessed and assumed this would be a sure thing. With Steve Carell in the lead and what seemed like a sweet and emotional story, this one just misses the mark big time. If Sony had their big stinker in Holmes and Watson then Universal must claim this one as theirs. I’ll dive more into it in a bit, but we spend far too much time in our lead character’s fantasy world, but it’s just never as compelling as the filmmakers seem to think.

Steve Carell plays Mark Hogancamp, he’s an aspiring artist who uses dolls to act out scenes in his fantasy world known as Marwen. He’s nearly beaten to death by five men in a bar one night although he was keeping to himself. He lost his memory, though pieces of the attack stay with him. The court date is also fast approaching, but needless to say, Mark isn’t looking forward to it. Leslie Mann shows up as Mark’s new neighbor, Nicol and they share some scenes together, but there’s a surprising lack of energy to much of this. Sure, the scenes in Marwen are well staged, but they couldn’t make me care too much. I was a bit surprised when I learned Robert Zemeckis directed the film as he isn’t the most obvious choice. In some ways it can be apparent, however, as there is a lot more emphasis on Marwen than reality. Zemeckis loves the effects, and admittedly they are well rendered. I just found the story tough to get through.

One of the more frustrating things with the film is that this fantasy world that dominates most of the film just isn’t that entertaining. I also wish the film played out in a linear fashion where we meet this character before he’s beaten up and before he creates this world so that we can see the transition with him. If it had taken this approach then maybe I would’ve been more involved from the get go, but as it stands, it just becomes too hard to care about much of anything that’s on display here. In a strange way I was reminded of  of Downsizing in how a fairly interesting premise can go so wrong. It’s all in the execution and that fails big time.

The AVC encoded 2.39:1 transfer proves consistently satisfying as the print has a fresh look to it. Details are strong throughout. It became an enjoyable viewing experience for sure. The image was quite as bright as I might’ve expected, but that’s not a huge fault. The colors on all of the characters in Marwen are rich and nicely detailed, making the visuals easy to digest. I didn’t care for the film, but the transfer proves satisfying on all fronts.

The films of Robert Zemeckis will always excel on a technical level and the disc sports a very fine-sounding Dolby TrueHD track. Yes, you read that right, a TrueHD track. Those are few and far between these days. There’s a litany of sound to be used here and no more so than the opening act, which will test the limits of your system. As the film progresses, it becomes a little more diluted, but still showcasing some audio depth that other films simply don’t have. Vocals are crisp and clean, surrounds are used effectively creating a nice dynamic range. The film’s plot might have left a few things unanswered, but this TrueHD mix certainly earns its keep.

I admit to wondering why Welcome to Marwen didn’t receiver a warmer welcome when it arrived in theaters, but having viewed it I can see that it’s just not that great. I tried and tried, but just couldn’t get into it. The story certainly has an invested lead performance from Steve Carell, but even he can’t salvage the sluggish pacing or the sheer silliness of the whole thing. The film should’ve transitioned us more into the world of Marwen, but it just throws us in, making it hard to become too invested. We also spend too much time in that world, and it’s just not that interesting. I wanted to like this one, but just couldn’t give in. Skip it. 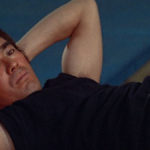 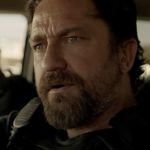