With the plethora of superhero films out there, it’s getting more and more difficult to have one stand out. Yes, we all know that the MCU (Marvel Cinematic Universe) has reigned supreme over the last decade and that shows no signs of slowing down. But there’s also another one in the works that, well, predates the MCU. More likely than not, only true comic book fans know that DC comics were around long before Stan Lee created Marvel. The DC universe, in terms of films, were essentially limited to Superman and Batman (both have had more than their fare of time on the big screen). But in an effort to build a more “workable” universe (for lack of a better word), we’re going to see the resurgence of some familiar characters. No doubt we’re all familiar with the 70’s version of Diana Prince as played by the buxom Lynda Carter. But this is a different Wonder Woman, one that made her first appearance in Batman vs. Superman: Dawn of Justice. And while the MCU hasn’t seen fit to give a female their own stand-alone film (the only one that comes to mind would be Scarlett Johansson as Black Widow) we’re now greeted with Patty Jenkins’ Wonder Woman.

Given that this is an “origin” film, we have to start at the beginning. We go back, way back, to World War I and meet Diana Prince (Gal Gadot) as a youthful Amazon princess. She lives on a hidden island with a group of strong female warriors. Their life is interrupted when an American spy, Steve Trevor (Chris Pine), crashes on the beach. He informs Diane that a German officer named Ludendorff (Danny Huston) is working with a chemist to develop a new poison gas. Diana, believing Ludendorff to be the incarnation of Ares, God of War (and an age old enemy of her people), sets off with Steve to stop him.

There’s a little more to it than that, of course, but I won’t ruin anything by going into too much detail. Suffice it to say that Wonder Woman does deliver and it also manages to tell a good story. I’d put this right up there with my favorite MCU film, Captain America: The First Avenger. Looking at the bigger picture, though, it’s setting the stage for the ever-expanding DC Universe. Justice League is essentially their (DC’s) version of The Avengers and it will reunite Wonder Woman with Batman, Superman and a few other heroes that you’ve likely very familiar with. In a rather lackluster summer at the box office, Wonder Woman managed to rake in the cash, but also garnered heavily positive reviews. It’s a good sign when a movie can stand on its own as well as being part of something greater and feel fresh as well.

There are four, count ’em, four different versions of this movie available on home video. The standard DVD, the Blu-ray, the 3D Blu-ray and the one covered here – the Ultra HD/4K version. I’m willing to bet that whatever version you choose will look good, but it’s going to be very difficult to top this one. A new to the format film, the movie was made with 3D in mind. I have no idea why as the interest in 3D seems to be waning, but it’d have been nice to have it as a part of this set. Nevertheless, the 2.39:1 HEVC 4K image is, simply, amazing. There are plenty, a bit too many actually, of slow motion action shots that really showcase how amazing this picture is. HDR is in full effect here, giving a nice and bold look to the image. Colors are bright and detail as sharp as Wonder Woman’s sword. Suffice it to say that this is an amazing-looking film and one that I was unable to fault.

There are most likely two types of people: those that like the electric guitar that serves as Wonder Woman’s calling and those that are annoyed by it. Regardless of which side you choose, there’s no denying that the included Dolby Atmos soundtrack sounds pretty damn good. This is one of those movies in which I wasn’t afraid to turn it up. The overall sound mix, coupled with the battle scenes, dialogue and ambient effects pretty much had my speakers working overtime. There’s really nothing left to say other than this is a solid, robust mix and one that’s sure to please. I can go into more technical details, but there’s no need. The score says it all.

There’s part of me than longs for the, uh, physique of Lynda Carter, but I have to say that Gal Gadot makes a pretty kick ass Amazonian princess. Yep, she’s got it all – the ability to kick ass and own the screen in the process. Wonder Woman might scream “girl power” but make no mistake that this film takes the DC Universe to a new level. I’m sure we’ll see her and her golden lasso again, so suffice it to say that if you were even a passing fan – this one delivers on all levels. 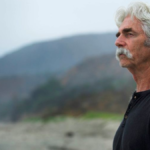 The Hero (Blu-ray)
Next Article 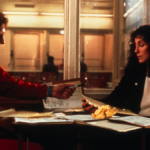