The big news with Zero Contact is that it was shot in 17 countries during the Covid-19 Pandemic, all virtually via Zoom. OK, so the cat is out of the bag with that tidbit, but that is about where the interest ends. I won’t say this is the worst film I have ever seen, but it is quite bad. I lost official count, but I believe it took me 5 tries before I could reach the closing credits. The abysmal 14% currently on Rotten Tomatoes should speak volumes as well. I don’t mind some creative compromises, but if they’re to help the story. So, nobody could be near each other, that doesn’t make the film worth a darn. The film’s tagline is: The truth lies at the beginning. Well let me put it at the beginning that this is truly awful. You could use the title as a punchline and have zero contact with this film and you would be better for it. A few years ago, we had a film called Searching which was set entirely on computer screens. It had the lead character trying to locate his missing daughter. I wouldn’t let that method for every film, but it worked there, because it was unique, but it worked for the story being told. Nothing about Contact works.

There is a plot somewhere in this film, but all I took away from it was bad acting and people overreacting and yelling at their computer screens. Makes for great entertainment, right? Guess again. Anthony Hopkins is here as Finley Hart. He is the eccentric genius behind a global data-mining program. Finley dies and there are 5 remote agents, one of which is Finley’s son who are contacted by a mysterious A.I. entity. This is apparently to reactivate Finley’s program, which may enable time travel. There’s a lot of talk and plot here, but I am not going to even waste my time going through it all. The film comes down to a bunch of people at their computers spewing a bunch of nonsense at us. There’s the conspiracy talk, among other stuff. I’m sorry that Covid hit and changed the world, especially in the early moments, but this film could’ve been put on hold until they rethought the approach. It is also rather silly how the film throws the occasional hiccup at us. That is WIFI cutting out, to try to add to the realism of it all, but it became very annoying, very fast. I don’t need constant cutting out and static to remind me how the film was shot. It’s just another example of how this approach to filmmaking shouldn’t be considered.

Want a scary thought? There are apparently two sequels to this film being made. I can’t imagine, but I know darn well I won’t waste time with either of them. I suppose a good film could be made about data and the internet, but this surely isn’t it. What I think needs to happen is for it to be more accessible. I don’t mean dumbed down, but for something that most of us use every day, surely, they could find a way to engage the viewer more than this garbage. Skip it.

Considering how the film was shot, it still looked good to me. We get a 1.78:1 transfer that looks about any average film I review these days. We’re watching it unfold on various computer screens, some of which have the intentional static and cutting out. Still, it looks fine, and viewers should feel pleased, but hopefully one doesn’t sit down to endure the pain of watching this film.

The DTS HD 5.1 track is fine. It works as well as it should. Vocals are clear but remember that this is very much a talky film, so expect it to be front loaded. Some noise and loud sounds arise and the track kicks up then. All in all, this track presents the film nicely.

Outside of trailers, this disc contains no supplemental material.

I will use the film’s title to say that I want zero contact with this film or its sequels ever again. It was a truly awful experience. It took me several tries to sit and finish this thing. Characters overreacting and yelling at their computer screens doesn’t make for solid entertainment at all. Avoid this stinker at all costs. 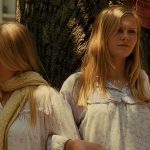 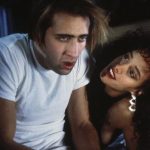