If I had to pick just one documentary filmmaker that I love the most, it would be a hard decision, but my pick would ultimately be director Errol Morris. I have seen several of his films, and I can recommend all of them without any hesitation. My personal favorite The Fog Of War should be shown in every modern history class. Not just in our nation. Every modern history class. It is quite possibly the greatest documentary ever made. If you have not seen it, go watch it now. That said, his career has been full of excellent films. I had been aware of his film A Brief History of Time, but to be honest I was worried that the material would be a bit over my head. It is based on the book of the same name by Stephen Hawking and is narrated by the man himself. I just couldn’t bring myself to do it for a couple years. Finally the other night I overcame my self-consciousness and watched the movie. Lo-and-behold, it was fantastic.

The premise of the film is to explain some of the big concepts of Hawking’s book while also informing the audience about the life of Stephen Hawking. If you don’t already know, Hawking has a degenerative form of ALS that has robbed him of his ability to do much aside from blink physically, but Hawking prevailed through technology to continue his work as one of the preeminent genius theoretical scientists of our time. Through interviews with his friends, family, and colleagues a clear picture of the man and his genius unfolds.

Being an interview based film, there is not much that SI can discuss a side from saying that the film is incredibly effective and the information within it is rich and rewarding. Even though some of the concepts in the film were still over my head admittedly, I thoroughly enjoyed the film. Morris has a way of getting great information out of people and compiling it in a way that excites an audience. The story of Hawking is so triumphant that it deserved a film like this. The score by Philip Glass is great like it is in all of the films he has scored for Morris. If you are on the fence on this film due to the subject matter, I can assure you that you will actually like or love the film. It’s great.

This is an excellent transfer from Criterion. They gave the film the treatment it deserved. Color reproduction, clarity, and depth are all excellent. Fine detail borders on incredible. Criterion continues to do a great job here, even though the film doesn’t necessarily need such excellent attention to detail. I love what the people at Criterion do for films!

This English DTS-HD Master Audio 5.1 track is very high quality. The film is a documentary and relies on interviews, but since all of the interviews were recorded on sound stages and then the score by Philip Glass was added to the film, the track does benefit from the surrounds. This is about as immersive a track as I can recall for a documentary which is to say that it still is not all that immersive. Good stuff.

A Brief History of Time is another classic documentary from Errol Morris. While not as amazing as Fog of War or The Thin Blue Line, how many documentaries actually are that good? Criterion has taken excellent care of the film with a stunning transfer. The supplements are short but very enjoyable. Highly Recommended. 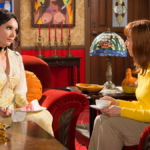 The Love Witch (Blu-ray)
Next Article 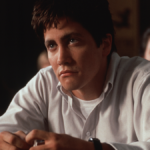