Wim Wenders is about as interesting a filmmaker as you are likely to encounter. He was a big player in the independent film scene with films like Paris, Texas, Wings of Desire (which was remade as City of Angels with Meg Ryan and Nicolas Cage,) and My American Friend (Dennis Hopper was cast as Tom Ripley.) He is also a well-loved documentary filmmaker with films like Piña and Buena Vista Social Club. I admire Wenders for his ability to make all sorts of movies and most of the time make them memorable.

Buena Vista Social Club is a documentary film about a group of older Cuban musicians that Ry Cooder brought together to record some music. That music was released under the name of Buena Vista Social Club and became one of the most acclaimed and successful world music albums ever made, selling over twelve million copies. The film allows the viewer to watch as the band prepares to travel from Cuba to New York to perform at Carnegie, an incredible feat considering the political indifference between the two nations. The film has extensive interviews with Ry Cooder and the various band members and also shows Cubans in their native Cuba as it was in 1997.

Documentaries are tricky to make, but music documentaries can be even more tricky. In order for a music documentary to work the audience must enjoy the music and enjoy the filmmaking. When it works it can be magical like in cases such as The Last Waltz and Don’t Look Back. When either of those elements rings false, the documentary becomes entirely disposable. In the case of Buena Vista Social Club the filmmaking and music are both tremendous. I watched this film a few weeks ago, and you know a good film when it keeps popping into your head afterwards. There is something to the easy flowing technique of Wenders as he casually interviews the musicians in Cuba. It simultaneously stimulates us to learn about the musician, but also to learn about Cuba. The small glimpses that we gain of Cuba give the film an exotic air that lifts the film up. The music itself is extraordinary and worth taking note of.

When documentaries work, they work. This one is pretty dang good. It is a solid slice of life piece that is interesting on numerous levels. It’s well worth checking out.

It’s been a while since I’ve seen this film. I wouldn’t even know where to find my old Artisan DVD, but I do remember seeing this around the turn of the millennium. Having said that, it doesn’t appear that Criterion has given this the full 4K treatment, rather it’s been given a “new high definition digital transfer.” And, you know what, that’s ok. For those that haven’t seen this film, it’s not presented as a traditional movie. It has a home video quality that was common when this was released. While it does pale in comparison to some other Criterion titles, the 1.78:1 AVC HD image does present the image in the best way possible. Some of the subtext is a bit muddled, there are a few blips here and there, but it’s not that bad-looking. Colors are a bit on the flat side, but some of the concert scenes do showcase a strong contrast. Detail does pale in comparison to some newer titles. All in all, it’s not the shining example of what we know Criterion is capable of, but it’s the best the film has ever looked – and that’s all we can ask for.

Some (or none) may remember an audio format called DVD Audio (DVD-A for short). Well I wanted to be one of the early adopters, so I went and bought a few titles that were capable of playing this HD format. I’m using “HD” loosely since we now do have actual HD formats. As you might have surmised, one of those titles was Buena Vista Social Club. And for what the film lacks in video quality, it excels in the audio department with a brand new DTS HD Master Audio mix. Words really can’t do this justice. It sounds so rich and full, the sound of the drums, the strings on the guitar and the vocals are all so immersive, it’s mesmerizing to say the very least. I’m not usually a fan of movie soundtracks, but this is one that I do have on my iPod and I listen to it occasionally. While the Cuban music scene might not be for everyone, this is one amazing-sounding film.

Wim Wenders is an extremely competent filmmaker. Choosing to focus on Ry Cooder and his talented group of older Cuban musicians as they prepared to play Carnegie was obviously a great choice. The film has an easy and exotic air to it and so does the music. If you like music and like documentaries, this should be a natural fit. So, go buy a bottle of Cachaca and some lime, make a Caipirinha and enjoy! 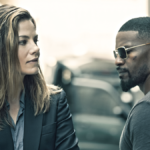 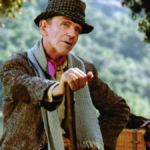