After riding around with some friends. Mary Henry (Candace Hilligoss) soon finds herself across from some young men, who want to race it seems. At first the race is more of a flirting session, but soon engines burn and the two cars are flat out tearing up the road. But the race soon turns serious, when Mary’s car swerves a little too much and ends up tanked in a river. The chance of survivors is slim as the car sinks, so rescue efforts appear to be futile in the end. But soon, Mary surfaces in the river and walks away from the wreck, which amazes all those who bear witness to the event. Mary decides she needs some new surroundings, so she takes a position in a new town, where she hopes to leave the wreck behind her forever. Her new works is within a church, where she plays the organ, even though she isn’t too religious. Her new life seems to be normal enough, until she begins to see a strange phantom, which scares her a lot and she can’t seem to escape. What does this phantom figure want and will it ever leave her alone, or does Mary hold the truth to what it has come for?

If ever a “B” movie deserved the deluxe treatment, Carnival of Souls would be that movie. So while some scoffed at Criterion’s attempt to make a definitive edition of the film, I was very pleased and couldn’t wait to take a look at their work. This disc contains a new transfer of the film, two different cuts of the film, as well as a wealth of supplements to compliment the feature. The film was a very low budget production with high aspirations, some of which turned out very well. I love the visuals found within the movie and am shocked it was made with such a low budget, because it seems so rich and complex. The frills might be low at all times, but the visuals look terrific and the atmosphere is excellent as well. The special effects might lack a little and the low budget does show at times, but in the end, this is a superb film that elevates above the limited resources the filmmakers had. I give this film my highest recommendation and with a treatment like this from Criterion, a purchase is in order, to be sure.

The director here was Herk Harvey, who made his debut with this movie and also his final film. I think it is a shame we couldn’t have seen more from Harvey, but what a film he did make as his only cinematic credit. Harvey and his crew worked with a low budget, so they used rather simple tricks to enhance the film and accomplish effective ends. This means creative use of cameras, lights, and other technical devices, since they couldn’t afford much in terms of special effects. The film’s atmosphere is downright eerie from start to finish, so I have to say, Harvey and his team succeeded on all fronts with this one. A few times you can see where more cash would have helped, but overall Harvey was able to overcome his economic limits with ease. At the head of the cast is Candace Hilligoss (Curse of the Living Corpse), who is excellent as Mary, our lead performer. This was her debut in front of the cameras, but she brings her character to life very well in the end. The cast also includes Art Ellison (Paper Moon), Sidney Berger (Carnival of Souls (1998)), Frances Feist, Stan Levitt (In Cold Blood), and even Harvey himself shows up.

Carnival of Souls is presented in a full frame transfer and has benefitted from Criterion’s new 4K master. It’s been a while since I’ve seen the film and I was taken back by how sharp and clean this image is, you would never suspect it was an older, low budget film from this image. The level of debris and damage is minimal to say the least, with no age related issues in the least dragging down this transfer. The black & white image is outstanding, very clear and crisp, which means detail level is very high and that opens up the film’s visuals a lot. I saw no problems with the contrast either, as black levels were well balanced and no detail is obscured at all. This is a tremendous visual transfer, kudos to Criterion for issuing this cult classic in such fine form.

An uncompressed mono track is included, which is focused on the musical score and little else. This film uses dialogue of course, but the organ music score is what steals the speakers and sets the tone for the movie. It comes through very well in this mix, with no distortion or volume problems I could detect. It was clean and very clear at all times, which is crucial, since it plays a vital role within the film. The dialogue is crisp as well, while the sound effects are distinct also, no real errors to report on this end.

It appears as if all of the supplements from the previously-released DVD have made the leap to this Blu-ray version and, in typical Criterion form, some new supplements have been added as well.

A cult classic in every sense of the word, Carnival of Souls was an impressive DVD from the Criterion Collection but now (after a long wait) has gotten the Blu-ray treatment it so rightfully deserves. A few new supplements have been added from the previously-released DVD as well as a new transfer and uncompressed mono mix. For fans of the film – this one is a no-brainer. 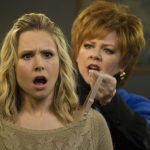 The Boss (Blu-ray)
Next Article 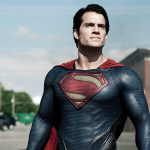