Just a heads up before this review begins: this is the first film I have seen by Nicolas Roeg, so comparison to his other films will be impossible.

Don’t Look Now is considered a classic amongst horror film lovers. I had never seen it, but this week I saw that Barnes and Noble was having its Criterion Collection sale, so I could finally get the film for around twenty dollars brand new. I had planned last night to only watch the first half of the film, but after the first half it was impossible to resist seeing it through to the end. As the film hinges on a few elements that are best left unrevealed, I will try my best to not reveal anything more than I must for the review.

The film opens with a heartbreaking beginning scene. Donald Sutherland and Julie Christy play John and Laura Baxter, a married couple living in England. While they are inside discussing some restoration work of John, their two children, a boy and a girl, play outside near a pond. Sensing something is wrong, John runs outside and dives into the pond emerging with his lifeless daughter wearing her red raincoat. The film jumps forward to the same married couple as they have relocated to Venice where John is working to restore a church for a bishop. They have both run into problems trying to get over the death of their child. At a restaurant Laura meets two old women. One isa blind woman who claims to be psychic and that she has seen their daughter attempting to communicate with John and Laura. John thinks that Laura is wrong to buy into all of it, but as they continue to live in Venice he begins seeing what appears to be his daughter in her red coat running away from him. Meanwhile, the blind psychic warns Laura that there is immense danger in Venice for John.

The film is a real knock out. Based on a Daphne du Maurier short story, the film is very tightly focused and controlled with an extremely rewarding finale. Interestingly enough, the film is not traditional at all in its approach to the horror genre. This film is much more about grief than anything else. Donald Sutherland and Julie Christie are both excellent in the film and very convincing in their roles. The cinematography by Anthony B. Richmond is very well done with beautifully realized shots of Venice. The most wonderful part of the film comes from Roeg’s direction and the masterfully done editing by Graeme Clifford. When everything comes together at the end it pays off fantastically. The only down side to the film is a love making scene that I found a bit gratuitous and over the top (although some would disagree with me, including most of the interviewees in the special features. I just was not dying to see Donald Sutherland make love to anybody.) Aside from this one faux pas, Don’t Look Now is a master class in atmosphere and creative story telling. I highly recommend checking this one out!

Criterion did an incredible job on the brand new 4K digital transfer of the film. Depth and clarity are excellent, with the wonderful architecture and canals of Venice filling the frame. This movie was shot incredibly well, and looks amazing on Blu-ray. Depth of frame really shines in some of the wide angle shots in the film. There are some occasional soft focus shots, but those were engineered that way when they were originally filmed. I feel safe in saying that this is as good as this film is going to look, and a joy to watch!

This is a monaural track so it is relatively limited to begin with. The score sounds great and dialogue is for the most part easy to hear. That said, I definitely was not blown away by this track like some reviewers were. In many instances I needed to put on my subtitles to see what characters had said. In comparison to other high profile releases by Criterion, this audio track left me feeling a bit flat. It could be an issue with the recordings themselves, but don’t expect to be blown away. Solid, but not revelatory.

Don’t Look Now is an excellent film with a couple minor shortcomings. It has a fantastic finish that will stick with audiences well past the final frames of the picture. Criterion have provided an incredible new 4K transfer of the film, but the audio seemed like it could have been tweaked a little. On top of the fantastic transfer, Criterion have provided nearly three hours of additional material to peruse, most of which is fantastic. If you are a fan of the film, this is the version to own. If you are looking for a blind buy, I highly recommend purchasing this film. I know I will watch it again soon. 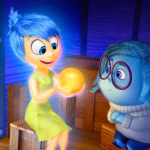 Inside Out (Blu-ray)
Next Article 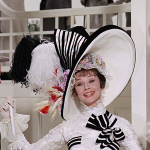