This movie has a checkered past in terms of home video, as for years there was never an acceptable release. Some looked awful, others had off kilter sound mixes, and still others featured truncated cuts of the film.  The movie itself is superb and in a genre overrun with mediocre films (thrillers), it stands tall as one of the finest examples of a thriller you’ll find. As director Brian DePalma guides us through a maze of thrills and suspense, with moments of intense terror that lead toward a tremendous finish. I love Dressed to Kill and not only is it one of my favorite thrillers, I also hold it among my personal favorites in any genre, it is simply that impressive. I cannot recommend this movie enough and since Criterion has once again outdone themselves on this Blu-ray disc, I give this release a very high recommendation.

He’s sometimes dismissed as a hack Hitchcock, but I think Brian DePalma is a very talented filmmaker, complete with a few excellent efforts. I feel one of his best films is Dressed to Kill and in this uncut edition, it is all the more obvious how great his work is here. I simply love his direction in this movie, as he brings his usual elements, but expands them to new horizons. The tension here can be so thick and eerie, you almost want to look away, but you can’t, you just can’t look away from Dressed to Kill. Yes, traces of Hitchock’s style can be seen here, but this is a DePalma movie through and through, without a doubt. Other films directed by DePalma include Blow Out, Phantom of the Paradise, Body Double, Obsession, Sisters, and The Untouchables. The cast here includes Michael Caine (Dirty Rotten Scoundrels, Quills), Nancy Allen (Out of Sight, Robocop), and Angie Dickinson (Big Bad Mama, Ocean’s Eleven).

I’d mentioned in my previous review saying that “…so either there was a technical error on Criterion’s side or they kind of botched this one.” As it turns out, Criterion dropped the ball on this initial release. Now, to their credit, they’ve immediately corrected the problem and have issued a new printing of the disc (no telling if those original first prints will be gold for collectors, but that’s not the point). The street date was moved back, obviously to make time to do a new print of this disc and the results are now in. Ok, now this is the way it was supposed to look! Colors are bold and bright, the red blood seems to stand out more. Gone are the inconsistencies of the previous transfer and we’re treated to a 2.35:1 AVC HD image that’s right on par with what we’ve come to expect from Criterion. I have no idea how many, if any, of the previous Blu-rays are out, but hopefully the people who purchase this movie will end up with this version as it’s the way it’s supposed to look. This is yet another example of a studio doing it right and taking ownership of their mistakes.

The previous Blu-ray featured a DTS HD Master Audio mix. That’s not present here and in its place is a LPCM Mono track that, yes, actually sounds a bit better than the previous HD track. Granted, with a mono track you’re limited in the range, but it’s the way they’ve done it that makes it sound effective.  There aren’t the usual hisses, cracks or pops that’s associated with this type of track. Dialogue is clear and crisp, the score resonates (as much as it can) and I really have no complaints other than I wished the video would match the audio.

A few of the supplements from the MGM DVD and Blu-ray make an appearance here, but a slew of new supplements are also included. There’s a lot to cover, so let’s get started.

Nancy Allen – Allen talks about her role in the film, how she prepared for it as well as her interactions with actors Keith Gordon and Michael Caine.

George Litto – The Producer talks about his frequent collaborations with Director de Palma.

Pino Donaggio – The Composer talks (in Italian, no less) about his previous work with de Palma as well as his influence for the score to this film.

Victoria Lynn Johnson – With a name like that, you know you’re destined for a “Men’s Magazine”. Kidding aside, the former Penthouse Pet of the Year discusses her role in the film as well as being a body double for Angie Dickinson.

Stephen Sayadian – The Photographer and the man behind the iconic movie poster tells some of his instincts and motivations when he created the advertising campaign for the film.

Dressed to Kill made a lot of waves at the time of its release. I’d easily recommend this Criterion Blu-ray, but there is an issue with the video. It’s not unwatchable, but there’s something going on with it. I have no idea if it’s a fault of the manufacturing process or Criterion just dropped the ball on this one. Still, the audio is fine and the wealth of supplemental materials should make it an easy choice (providing you can forget about the video issue). 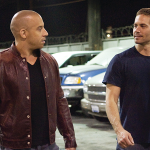 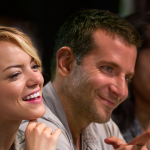 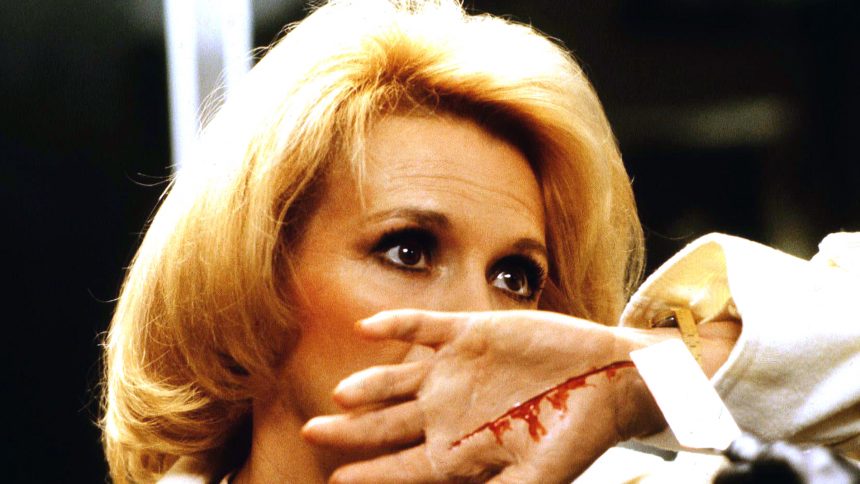