After years of debating if I was ready to watch all three films of the Samurai Trilogy, I finally decided to spring for the Blu-rays and see what I thought of the films. Growing up I was a huge fan of Kurasawa’s samurai films, so it seemed like a natural fit when I found out that the films all star the best of Kurasawa’s actors, Toshiro Mifune. As there are three films in total, I will try to give a brief  synopsis of each film and then a recommendation overall. WARNING: There will be spoilers, because it would be impossible to talk about this trilogy otherwise. If you skip over the plot portion to my recommendation, it should suffice and not ruin a thing.

The first film in the set, Samurai i: Musashi Miyamoto, begins the story in style. The film follows Miyamoto (called Takezo at this point) as he leaves his village with his best friend, Matahachi, to fight in a civil war that is ravaging the land in seventeenth century Japan. Takezo dreams of fame for his bravery in battle, and Matahachi follows him cautiously. Matahachi also leaves behind Otsu, a girl from the village, promising to return and marry her. After barely surviving a harrowing battle they take refuge in the house of two women, a widow and her daughter Akemi. Both women quickly fall for Takezo and attempt to seduce him and are rejected. In retaliation, Akemi’s mother tells Matahachi that Takezo has raped while Takezo is actually out fighting off attackers. Matahachi takes leave with the widow, Oko, and Akemi abandoning his promise to Otsu. At this point, Takezo lives as a fugitive and is taken in by a priest who saves his life, but also puts him in a tree to learn his lesson (and possibly die otherwise.) Otsu saves his life and Takezo goes back on the lam. When Takezo hears that Otsu has been taken to Himeji Castle, he heads there and is trapped for three years by the priest. The end of the film shows his release by the priest so that he may live a life as a samurai.

The second film in the set, Samurai II: Duel at Ichijoji Temple, picks up where the first film left off. Now known as Musashi, he heads on his trip to prove himself a masterful samurai and leaves Otsu behind to seek enlightenment. After years of proving himself in swordsmanship he heads to Kyoto, where Matahachi is living with Oko (as his wife) and Akemi. Otsu follows Musashi there, and once again is told it is not the right time. Musashi begins to show his prowess in duels with the Yoshioka school. He then challenges the head of the Yoshioka school, Seijuro. Seijuro agrees to duel at the Ichijoji Temple but his men delay him so that they may ambush Musashi. After a battle with more than twenty men, Musashi still has the strength to fight Seijuro. Otsu finds Musashi and takes care of him after the duel. Meanwhile, there is another samurai, Sasaki Kojiro, that is traveling the country looking for a true test of his swordsmanship.

The third film in the set, Samurai III: Duel at Ganyru Island, finds Musashi back on the prowl one more time. Musashi is at this point well known throughout the land and is sought by the Shogun for his services. At the same time, Sasaki Kojiro challenges him to a duel. Musashi decides to wait a year and goes to raise vegetables and help raise a boy he met in the previous film. They work in a village and help train the villagers to fight off the bandits that attack the town. Otsu and Akemi both travel to tell Musashi of their love for him. When Akemi finds that Musashi will not love her, she decides she must kill Otsu and allow the bandits to kill the village. She works in cahoots with the bandits and almost kills Otsu, but when they survive the fire she has set she realizes her wrongdoing. In a gesture of kindness, she takes the blow of a sword meant for Otsu and dies in Musashi’s arms. After all this, Musashi decides to go through with the duel with Kojiro on Ganyru Island.

The acting overall is good in the film with Toshiro Mifune leading the pack. The film is paced pretty well overall and managed to keep my attention until the end of the final film. That said, the movie can be very melodramatic, which is more a sign of the time it was made than anything. If you can handle a bit of melodrama, there is a lot to like in the films themselves. The character of Musashi Myamoto is one of the best known characters in all of Japanese literature and history, so it is fun to know more about this character. If you are in the mood for an epic, and are not looking for something overly ambitious or taxing, this might be the trilogy you need.

The video on these transfers is not on the same level as most of Criterion’s Blu-ray releases, but it is not bad at all. The color levels throughout the film fluctuate and it never feels like real true to life color, but much of this comes down to the limitation of the film stock they used in the first place. In the first and third film there are moments of sustained beauty as can be expected with Japan as your background. The second film looks much rougher than the other two films. If you come in with reasonable expectations given the films’ ages, then there is a lot to enjoy here. Clarity is sometimes a bit lacking, but then can be borderline spectacular in the next scene. In other words: the good is very good, and the bad is not so great. Adjust expectations accordingly.

As per their usual, Criterion have done everything that they could to preserve the audio. This audio track is not one that you will be showing off to your buddies any time soon and at some points the audio drops out, but this is by design of the filmmakers and no fault of the transfer. Overall, I had no problems with this track, with nothing really spectacular to remark about either.

The Samurai Trilogy is a box set by Criterion that represents a distinct value by offering all three of these films with a good (if at times problematic) transfer. That said, Criterion could have done much more as far as extras go, offering less than an hour worth of extras. For a box set, there should be more in the box. The films themselves are good, but they are not in the realm of great. I still enjoyed watching the films, but highly doubt I will be rewatching them any time soon. Look at it this way: You can buy this box set and own three criterion films for roughly the price of one, or you can go buy their deluxe edition of Seven Samurai – a true classic – for about the same price. Overall, I would recommend watching the films on Hulu before you commit to the box set. 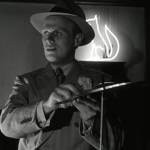 Night and the City: Criterion Collection (Blu-ray)
Next Article 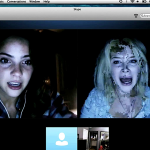