Harry Fabian (Richard Widmark) is a man with grand plans, the kind that involve fame, fortune, and the love of beautiful women. The problem is, his plans don’t produce those kind of results, instead he finds himself worse off with each episode. Then again, Fabian is a small time hustler and if his plans were as good as he thinks, then he would have gone on to better things by now. Even so, he dreams of a life of pleasure and comfort, in which he exerts himself only by his own desires. Time after time, he has failed and failed again, but he still dreams up new schemes, with his easy street lifestyle in mind. When he encounters the world’s most famous wrestler, Gregorious the Great (Stanislaus Zbyszko), he thinks his ship has come in. Gregorious’ son runs the London based arena in which the matches take place. So Fabian thinks he can carve out a piece of the action for himself, perhaps enough to finally realize his dreams. But the business was built by people with more ambition and lesser moral fabric than Fabian, even as ruthless as he is. So he finds himself crossed and double crossed, not to mention in almost constant danger from all angles. Even when the walls begin to close in, he pushes ahead and threatens to ruin not only his own life, but the lives of everyone around him. Will Fabian ever attain the life he dreams of, or will the life he has be made even worse for the effort?

A deal brokered between Criterion and Fox has yielded some excellent releases, including this Jules Dassin picture, Night and the City. I am pleased to see Criterion at the helm of this disc, as the film has been lavished with a brand new transfer and some insightful supplements. But more on that later in the review, as this section is dedicated to the film itself. Night and the City is a film noir of the darkest hues, populated by characters trapped in a small, cruel world. Of course, the characters have no small hand in their other fates, but the intense feelings of hopelessness and desperation are constant. Even when someone has a good turn of luck, you can just feel the other shoe, waiting to drop down and crush the poor soul. The characters in the film aren’t that likable, but we don’t need to like them to understand their situations. When success is within grasp, we want them to grab it by the horns, even though we know the odds are against them. Then again, when characters snatch defeat from the jaws of victory as seen here, you don’t feel as bad. As character driven as the film is, Dassin has also placed more than a little emphasis on visual design. The use of shadows, darkness and light, really enhances the overall atmosphere, especially in a few key scenes. This is just an excellent movie, with all elements needed to make not just a top level film noir, but a top level film, period. A masterful motion picture from a masterful filmmaker, a perfect choice to be part of The Criterion Collection. In the end, we have a superb movie given a wonderful treatment, so Night and the City earns a most high recommendation.

Night and the City has some history behind it when it comes to how it looks.  The previous DVD was meticulously restored by Criterion and Fox, but that’s been a decade ago. This new Blu-ray seems to improve on the previous efforts offering a more intense spectrum of greyscale and bumped up contrast. The clean print allows for a more refined image, as grain isn’t there to soften the visuals. As a result, the image looks smooth and sharp, with much more visible detail than any previous version I’ve seen. Once again, Criterion has brought us the best possible visual treatment, so kudos to them for another out of the park transfer.

There just isn’t much to discuss here, as the included mono option is good, but won’t turn any heads, of course. This is a dialogue driven movie and that means mono is more than adequate, no real problems seem to surface here. I heard no hiss or distortion of any kind, which is good news with a flick of this age, to be sure. No errors in terms of dialogue either, which is crucial and all, since this is a movie dominated by dialogue, not to mention the age of the elements. Not much else to report to be honest, although optional English subtitles were included, just in case should you need them.

Some new extras have been included from the original 2004 DVD, which is a welcome surprise. 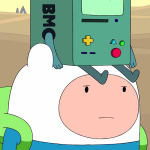 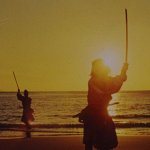