Most films that I have seen from the Forties and Fifties share a fairly optimistic view of the world. Even the great tragic romances like Brief Encounter seem to have a bittersweet quality. Casablanca may end with a romance ending, but the Nazis have been foiled and a friendship has been made. It is for these very reasons that I thoroughly enjoyed Alexander Mackendrick’s Sweet Smell of Success. This film is unapologetically mean spirited. Even by modern standards the film is cynical as hell and is overall just a nasty piece of business. My wife watched it with me and echoed my remarks on this matter. This is coming from a couple that watched every single episode of Mad Men and never lost a smile on our faces. After watching the film, I realized that this was directed by the same director that had filmed The Ladykillers and it made more sense.

The story of the film centers around Sidney Falco (a reptilian Tony Curtis,) a press agent in New York City. Sidney is in a tough spot. His clients have not been getting mentioned in the influential columns by Broadway gossip columnist J.J. Hunsecker (a villainous Burt Lancaster.) Given that it is Sidney’s job to get them into this column, his way of life could easily be compromised by this one man. His relationship with Hunsecker makes or breaks him. Unfortunately, Sidney had disappointed Hunsecker by not succeeding on breaking up the relationship of Hunsecker’s sister Susie and a young upcoming musician. Hunsecker is inappropriately attached to his sister, and is willing to let Sidney “drop dead” if he can not keep his sister to himself. On top of that, Hunsecker is one of the most important figures in town, with politicians and cops in his pocket. The problem is worse than Sidney thought. The jazz musician has proposed to Susie. As the film continues, Sidney works through the night to try to ruin the relationship to get back into Hunsecker’s good graces.

The storyline of the film flows brilliantly, and the dialogue is biting and at times laugh out loud funny. Alexander Mackendrick directs the actors to some of their best performances. The characters speak quickly and the actors are at the top of their game. Tony Curtis is incredibly convincing as the self serving nearly sociopathic and pathetic Falco. Burt Lancaster is pure operatic devilish villainy as the obsessive and imposing Hunsecker.

The movie itself is absolutely gorgeous. Shot by the incredibly gifted cinematographer James Wong Howe, the movie pulses with a claustrophobic and busy life unto itself. New York looks gorgeous in black and white, and man, did they do the city justice.

If you are not put off by films with characters of low moral standing, I highly recommend checking out Sweet Smell of Success.

Criterion have provided a brand new transfer from a very competent scan of the original 35mm print, and it really shows. Cinematography was done by James Wong Howe, who also did some magnificent work on the Frankenheimer film Seconds. Shadows and light play wonderfully and I could not have been happier with the end result. The film maintains all the elements of a great film noir. The dark levels are spot on, which is key in a noir! I can not emphasize enough how pleasing on the eyes this film was. Aside from a couple areas of trick photography, the image is impeccable. This along with the audio track are similar in quality to the a criterion transfer of La Dolce Vita, so if you own that film you can know what to expect.

Similar to the video, this English mono track is very high quality. There is nothing bad to report whatsoever in this department although dynamic range is limited as you would expect. Dialogue is incredibly clear and crisp and the score by Elmer Bernstein is powerful and perfectly fits the mood of the film. Similar to the audio track on La Dolce Vita the track here may be mono, but it is still busy with all the background noises of the various night clubs and streets of New York City. Audiophiles are going to love this track.

Sweet Smell of Success is essentially a perfect film, but some people will be thrown of by its almost relentless cruel streak. I personally loved it. Criterion have provided a ton of special features and incredible technical merits. I highly recommend adding this film to your collection. 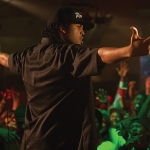 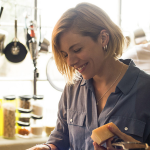