About fifteen years ago I was in a Las Vegas steak house. I was doing rather well gambling-wise and with my present company decided to partake. I ordered the New York Strip – well done. I like my meat cooked. After the waitress rolled her eyes a bit, the chef came out and asked me if I would reconsider my order as he “…didn’t prefer to cook meat that would take away from the taste.” I informed him that it was me who was consuming the meat and me that was paying for it and that if he had a problem with that, I’d take my business elsewhere. In retrospect it’s probably not the wisest thing to be a smart ass to the person preparing your food, but I survived. You’d think that something like the temperature of meat wouldn’t be an issue. It is. I have no idea why. And I bring this up because it taught me how seriously people really do take food. Granted, we all need it to live, but the “best of the best” the chefs, they really do eat, live and breathe food. This takes us to Burnt, the story of a chef who had it all and is now struggling to regain it. Might I suggest a nice beverage to go with your film?

Adam Jones (Bradley Cooper) is a two star chef who was once on top of the world. He had it all, but through substance abuse and childish/arrogant behavior, lost it all. Through a self-imposed stint in New Orleans, he shucked exactly 1 million oysters only to set out, on foot, to London to regain his former fame. He’s clean and sober and trying to get his third star. Quickly re-establishing old ties with some of his friends (and foes), Adam convinces Tony (Daniel Brühl) to give him a job as the chef of his restaurant. Adam quickly assembles a top notch staff in the hopes that his name and talent will bring the establishment to a higher level. Of course his demons still haunt him, namely in the form of two drug dealers he still owes money. There’s the lovely Helene (Sienna Miller) who’s recruited, fired and then recruited again to work in the kitchen and who may or may not have a thing for Adam. Through ups and downs, we follow the life of a chef and the constant pursuit of perfection. Will his demons get the best of him or has Adam finally learned humility?

I suppose if you’re among the best in the world (at anything) then you have the right to be a bit cocky. Nowhere is this more visible than in Burnt in which Cooper’s Adam Jones is among the elite. Just because I don’t personally see the allure of being a chef, I will say that there is some satisfaction in preparing a nice meal and having people enjoy it. I do it 7 nights a week at home. Then again I’m not charging hundreds of dollars a plate – I just cook some meat, throw on some rice and call it a day. I have to believe that this is about as real as it gets when it comes to the life of a chef in an elite restaurant. If not, then I guess I’ll just have to keep wondering. Speaking directly about the film, I found it enjoyable, if not a bit predictable. They might have an entourage of familiar faces on the cover, but don’t get your hopes up if you’re looking for Alicia Vikander, Uma Thurman or Emma Thompson – they’re lesser players in the film, for sure. If you’re talking about movies about cooking, I enjoyed 2009’s Julie & Julia far more. Burnt might have a few moments, but it might be something that I’d send back.

Presented in a 2.40:1 AVC HD transfer, Burnt looks the part. When you can see the detail in a cake, the seasoning on a piece of meat or the individual strands of parsley, I’d say that’s more than enough detail. The majority of the film takes place, you guessed it, inside a kitchen with its white walls and stainless steel appliances leading the way. Bradley Cooper sports a perpetual 3 day growth on his face, though Sienna Miller’s golden locks do look amazing. We do get some exterior shots of London and a few city scenes as well but by and large this takes place inside the kitchen. It’s a somewhat sterile, yet pleasing image.

I suppose this could have gone two ways, with a playful ambiance or a straight-forward dialogue-driven film. They chose the latter. Though there’s a bit of action in the surrounds, it’s in the form of plates crashing or general kitchen noise. It’s done with great effect and when Cooper’s character loses his cool (which is often) there’s no better way to hear a plate smash than in full DTS HD Master Audio. Vocals are pure and crisp, despite some of the accents. Cooper’s deep voice resonates well. It’s not a movie that will be remembered for its sound, but I’ve heard far worse as well.

Not great, but certainly not bad, Burnt is a fun little movie that will pass the time on a Sunday afternoon. I’ve seen Cooper in better roles and I always get the feeling that he’s going to hit someone. Or maybe I’ve seen Wedding Crashers one too many times. Nevertheless, the Blu-ray serves up a great-looking picture that’s sure to please.

Oh, and I loved my well done steak. 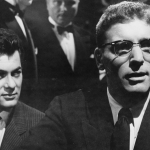 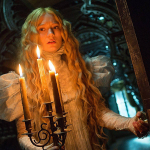