Eddie Coyle (Robert Mitchum) is a small time hood who is about to go to jail. He finds a way to potentially avoid jail time by snitching out his friends. We learn through an early scene how he earned the nickname “Fingers” as well. The film is filled with many scenes of characters conversing over purchasing guns, bank robberies and the detective working with Coyle. While Eddie is the star of the film and given the most screen time, we do get several side stories with the other criminals and their bank robberies. This certainly isn’t the most action packed movie involving a bank robbery, but what works here is the attention given to the characters. It only helps that they’re all played by great actors. Mitchum holds his own, but we also get strong performances from Peter Boyle, Richard Jordon and Steven Keats. I was never overly familiar with Keats before seeing this film, but am anxious to check out more of his work. Keats plays Jackie Brown. He sells guns, but with Eddie helping to snitch on him, is under the close eye of detectives who are in a hurry to close in on him. There’s a lot going on in the film, but the plot is relatively simple as Coyle just wants to avoid jail time and live a simple life with his wife. It doesn’t help that the detective keeps turning the screws on him. Clearly, Eddie needs to figure something out. What’s more important? Friends, or avoiding jail time?

We don’t see a lot of films like this anymore. Some might find it a bit dated with the 1970’s style and the lack of cell phones and other pieces of modern technology. I personally think this adds to the film. It’d be much easier to crack down on these guys with little more than a cellphone as well as the advancement in security cameras. The film is based on the best-selling novel by George V. Higgins. The included booklet in this package provides some excellent notes on the story and the characters as well as other interesting factoids. It’s easy to see the influence this film had on more recent films focusing on bank heists and the robbers. There are other great ones, but one thing missing from the more modern films of this sort is the immense talent on display. The film comes highly recommended.

If you see Criterion on the label then you can pretty much expect a near flawless transfer. I’ve yet to see a disappointing Criterion transfer. The transfer features consistently strong details throughout. It greatly captures the gloomy Boston setting. Background details are also nice. There’s a clean look to the transfer such as details on the old automobiles seen in the film as well as other little things here and there. The image is AVC encoded with a 1.85:1 ratio.

We get a mono track here, and while it’s only presented from the center channel, it doesn’t hurt things here. Clarity is never an issue as vocals were always audible with no issues to speak of. The film is surprisingly dialogue heavy, so things don’t feel as limited as one might expect.

They don’t make ’em like they used to. That’s one thing that kept popping in my mind as I watched this film. I had seen it some years back, but it was more than rewarding visiting it again for this review. The film features a stellar cast all nicely developed, steady pacing and a simple, but involving story. You can’t go wrong. The disc features excellent Audio and Video, but is sadly lacking in features. Still, what’s included is great and the booklet is more informative than most. Highly Recommended. 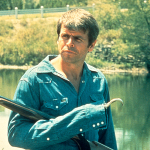 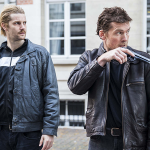