Martha Beck (Shirley Stoler) is an obese, sullen nurse, a woman who is so alone, she battles depression all the time. After endless failures seeking out a mate in the usual ways, such as meeting people at bars or blind dates, she turns her attention elsewhere. She begins to look into Lonely Hearts Clubs, places where singles can meet through ads and try to find the person of their dreams, which is just what Martha is after. Her potential match is found through Aunt Carrie’s Friendship Club, in the form of a man named Ray Fernandez (Tony Lo Bianco). She starts to correspond with Ray often, which leads to a quick bond and a hopeful mindset, even though she has never met Ray in person, of course. He is a slick, suave man who seems to be popular with the ladies, which means his attention more than flatters Martha. But Ray is no gentleman, instead he preys on the women who use the clubs to find romance, as he supplies grief instead of love. As he meets the assorted women through the various clubs, he tells them all the right things, does all the right things, then when they least expect it, he drains out their personal holdings. But now Martha has arrived in his life and some changes loom on the horizon. Can these two manage to keep their romance hot, while at the same time embarking on a horrific spree of death and mayhem?

As twisted as fiction can be, real life often supplies the more horrific stories and such is the case with this tale. As based on real life events, The Honeymoon Killers reassures that the world in which we live is by no means as tranquil and civilized as we’d like to believe. This is a nasty, violent, and cheap picture that provides ample shocks, eerie atmosphere, and two leads that deliver very strong chemistry. And since The Honeymoon Killers is all about love and the lengths we go to satisfy it, the leads needed to be able to pull off a convincing bond. The film has much more impact than most thrillers from its era, as the violence has a more brutal and realistic texture, which lends a more frightening tone to the experience. When violence is brutal, but over the top, we can laugh it off, but the violence in The Honeymoon Killers is stark and realistic. But its not all about the dramatic here, as there is a definite dark comic sense to the production and of course, that is sure to add another disturbing element for some viewers. The dialogue is often campish, but seems appropriate for the characters, which is what counts. I know this movie isn’t for everyone, but fans of cult cinema and real life crime will love this picture. You might need to take a shower after this one, but The Honeymoon Killers is highly recommended.

Although both leads in The Honeymoon Killers provide memorable efforts, I have to give the nod to the work of Shirley Stoler. Her performance is insane and eerie throughout the picture, which is one of the main reasons the movie works so well. She has such a manic and out of control persona, yet you can see a softer side somewhere under all the rage. Or at least sometimes you can, when she isn’t murdering a victim, screaming at her captives, or just being downright sadistic in some other way, shape, or form. I am always impressed by Stoler’s turn here, even though I have seen this film countless times since I was a teen. As the years have passed, I have liked her presence here more and more, as I notice more subtle touches in her performance. And to think this was her feature film debut, you can’t help but be impressed by the intense presence she provides. She would have other great dramatic roles, but I still hold this one up as her finest work. Other films with Stoler include The Deer Hunter, Klute, Frankenhooker, Second-Hand Hearts, Seed of Innocence, Miami Blues, and A Real Young Girl. The cast also includes Tony Lo Bianco (God Told Me To, The French Connection), Doris Roberts (National Lampoon’s Christmas Vacation, Tv’s Everybody Loves Raymond), and Marilyn Chris (The Black Marble, Trees Lounge).

Criterion isn’t in the habit of taking their previously-released discs and using those to churn out a Blu-ray. That’s best left to other studios. Instead, they took this film that was already in their catalog and gave it a new 4K digital restoration.  The 1.85:1 AVC HD image is presented in black and white which gives the film a very unique look. The roots of this picture ensure that a pristine, razor sharp version will never be available, so don’t expect a flawless visual treatment, but do expect a proper presentation.  There is still some softness evident in a few scenes, but in this case, that’s all but unavoidable. The contrast is stable and consistent, but not too refined or rich. Criterion has done some masterful work, without a doubt.

The audio also had some restoration work involved, but the result isn’t as dramatic as with the visual presentation.  Granted, this is a mono track and is therefore limited in the range. I heard instances of distortion, harshness, volume dips, and thin dialogue, but these never proved to be serious problems, though you will notice them. But as flawed as the audio can be, I think Criterion has done well to smooth it out as well as they have here.

Before I delve into the supplements, I do have to say that these menus are about the most clever I’ve seen. Mirroring the look of the cover art (which is the same as the previously-released DVD), it’s like looking through classified ads in a newspaper. Too cool. Ok, moving on we will find some new supplements that differ from the previous version, so if the improved picture isn’t enough to get your motor running – maybe the new extras are.

The Honeymoon Killers isn’t for everyone, but for those who have seen it and know its influence – it’s pretty intense.  I’m always a bit leery when a studio takes something that’s pre-existing on DVD and gives it the Blu-ray treatment, but Criterion does it right adding new supplements and giving it a new 4K restoration. This might be just enough to convince owners of the Criterion DVD to pony up the cash and pick this one up. 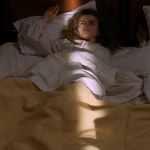 A Room with a View: Criterion Collection (Blu-ray)
Next Article 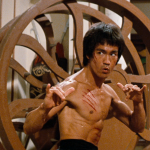