As a child, I remember that one of our English teachers at my high school asked us to write a review of a biography of any figure we were interested in. I must have been in fifth or sixth grade when I had my mom take me to Books-A-Million where I promptly had her buy me a 300 page biography on Bruce Lee. Upon completion of reading the book, Bruce Lee had become one of my childhood heroes. I watched every single Bruce Lee film that I could get my hands on over the next week or two. Out of those films, Enter the Dragon was the crowning achievement of his career (although Game of Death and Way of the Dragon are great in their own ways.) Now, as a thirty year old, I sat down with my soon to be six year old son, and we watched Enter the Dragon. As I expected, he immediately was in awe of Bruce Lee. It was a good reminder that the film itself was timeless and continues to inspire.

The plot of the film if evolves around three fighters. There is John Saxon playing Roper, a gambler who owes money to the mob. There is Jim Kelly as Williams, an African American who beat up a couple policeman. Then there is Bruce Lee as Lee, a shaolin fighter that the British government need to infiltrate a drug ring. All three are summoned to fight in a tournament on Han’s island. Lee has a special connection on top of being sent there by the government, his sister’s death was caused by the thugs under Han’s command. As the tournament proceeds the fights begin to turn deadly and Han grows paranoid that somebody on the island is attempting to uncover his drug ring.

Enter the Dragon is essentially the classic Kung-Fu film. The locations are exotic, the fight scenes are choreographed by Bruce Lee, and the music is funky. There is really no substitute for the film, and it would be the last film that Bruce Lee would complete before his accidental death. Watching the film again after all these years, I could not believe how well the film holds up. On top of that, Warner Bros. have done an incredible job on the transfer of the film. If you are trying to decide if this film is worth adding to your collection, I feel confident in saying that it is time to go out and buy it.

Warner Bros. really stepped it up on the transfer of the film. I was impressed in almost every aspect of what I look at in a transfer. The film maintains a bit of grain and looks sharp with fine detail good to great. This is how I wish all films from this time period could look. That said, there are some shots that come up a bit soft, but this is due to the filming itself, not the transfer. I personally believe that this will be the definitive presentation of the film. Kudos to Warner Bros. for giving a landmark film the treatment it deserved.

This DTS-HD 5.1 audio track is very well done. Hearing the soundtrack by Lalo Shifrin in lossless form after all of these years gave me a jolt of happiness. As the film continued those jolts continued to happen. I enjoyed the directionality of the sound effects and the 5.1 mix really opened up the film. This is a great treatment of a classic film and the surround mix was on par with some of the James Bond surround mixes on the newer Blu-rays. Overall, I really enjoyed this track!

There are four new HD features on the disk. The rest are in SD.

Note: there is one notable exclusion from this Blu-ray of the 100 minute documentary A Warrior’s Journey available on the inferior 2007 Blu-ray.

Enter the Dragon still holds up in the same way that a Sean Connery Bond film holds up. Everything about the film is classic. Warner Bros. Have done justice to the film with an amazingly beautiful transfer and lossless audio. On top of that they have given hours upon hours of extra supplements including a 90 minute documentary on the life of Bruce Lee. If you don’t own the film, now is the time to go get it. I give this Blu-ray my highest recommendation. I just wish that more studios would handle classic films with this much care! 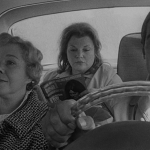 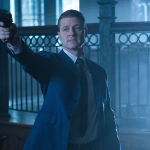