Julian has just spent five years in prison, but he refused to give the police information on other members of the syndicate he worked with. As a token of appreciation from his bosses, Julian is given a position overseeing The Hobby Farm. This den of immoral adventures has it all, beautiful women of all kinds, gambling events, and ample narcotics to boot. If you want it, you can get it here, for a price of course. So Julian starts his new job and while the place is filled with sleaze, he is able to turn a blind eye. His time in prison has hardened him, to be sure. But he is still more humane than those around him, so after a while, he is just not able to condone what he sees. He might be a criminal, but enough is enough. Julian isn’t going to just leave however, as he plans to release all the enslaved sex workers, not to mention exact some punishment on those responsible. But can one man stand up to such odds, or will he just be overrun by the syndicate?

Chained (aka Hobby Farm) is marketed as a “women in prison” exploitation type movie. In truth, Chained is more of a drama with some light action elements. So if you’re looking for a wild ride through lesbian fun, complete with sadistic warden, Chain isn’t going to light your candle. In essence, we have a “women in prison” movie with all the fun stuff taken out. I don’t think a movie needs naked women, lesbian antics, and rampant violence to succeed, but Chained is so dull, it couldn’t have hurt. I’ve seen Lifetime original pictures with more impact, that is how tame this film is. The premise is passable, but we’ve seen it before and Chained brings nothing new to the table. The cast tries to bring the limp material to life, but they’re not miracle workers. A kinder, gentler prison movie, Chained is a melodrama infused dull ride you can safely avoid.

Chained is presented in 1.78:1 anamorphic widescreen. This is a solid looking transfer, with a clean and sharp overall visual presence. Of course, this is still a DVD, so detail is on the soft side and all, but this still looks good. The colors are warm and natural, while contrast is a little inconsistent at times. This isn’t a huge issue, but in the darker scenes, the visuals take a marked drop in overall quality. A little flawed perhaps, but still a nice looking presentation.

This Dolby Digital 5.1 option is by no means memorable, but it gets the job done. The highlight audio-wise is the music, which sounds quite good here. The rest of the audio is nestled in the front channels, as there isn’t much power or presence to speak of in this soundtrack. The dialogue is clear and no volume issues arise, which is good news. Not a lot I can say beyond that, a basic, but effective audio presentation. This disc also includes Spanish subtitles.

This disc includes the film’s trailer. 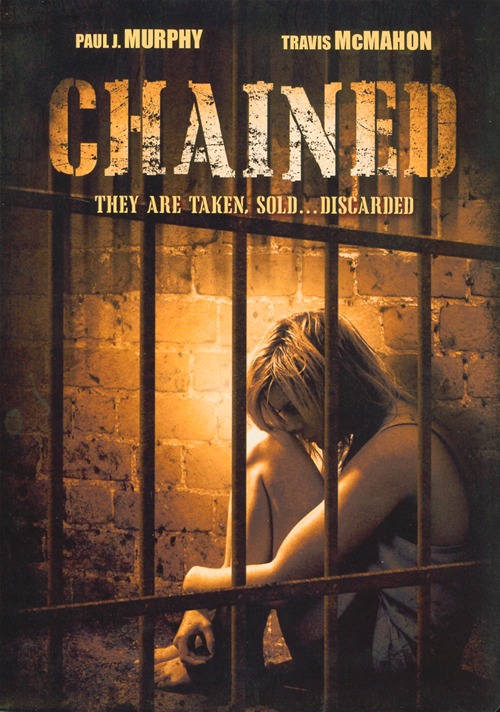