I’ve been a bit nostalgic lately when it comes to these “new” DVD releases. The format has been around for nearly a decade now, believe it or not, and the initial slew of releases are now getting touched up with some not so special features. Such is the case for “The Wedding Singer”, a movie I remember seeing in my last semester of college and the first teaming of Adam Sandler and Drew Barrymore (for what it’s worth, I thought they were much better in “50 First Dates”, but that’s just my humble opinion). At the time, Sandler’s star was on the rise as he’d graduated from sophomoric comedies like “Billy Madison” and “Happy Gilmore” to something a little more mature – note the use of the word “little”. “The Wedding Singer” is more of a romantic comedy with a dash of the old school Sandler thrown in for good measure. Add to that just about every 80’s cliché thrown into a movie, a good 80’s soundtrack and you’ve got a pretty decent movie that you can get all nostalgic with.

Sandler plays Robbie Hart, a wedding singer who’s in demand and loving life. However this all changes when he’s literally dumped at the altar by his fiancé. He becomes jaded and it’s reflected in his music. “Sir, I will strangle you with my microphone if you don’t shut up…” not exactly the thing you want to hear at your daughter’s wedding! Robbie then meets Julia (Drew Barrymore) and instantly falls head over heels with her, only to find out that she’s to marry a total jerk (Matthew Glave). The plan: get Julia away from Glenn (Glave) and win her away and they live happily ever after. A simple plan and predictably full of pratfalls and ups and downs. Robbie, with his very trendy friend Sammy (Allen Covert) are up to schemes to make the plan work, but will it?

“The Wedding Singer” isn’t Sandler’s best work and I much more prefer him in his earlier films, though he has had some hits since this movie. The chemistry is there between Sandler and Barrymore and it shows in the movie. What’s most ironic is that this movie has now become a Broadway play, part of the trend for movies to become plays much like Hollywood remakes old movies. Go figure. This “Totally Awesome” edition does contain some footage not included in the original release, about five minutes worth, but it doesn’t really add a lot to the movie. While “The Wedding Singer” hasn’t lost much of its charm, I’d recommend “50 First Dates” over this one. But if you need your fix for big hair, 80’s music and endless clichés, then this might be your cup of tea.

“The Wedding Singer” was one of New Line’s first anamorphic titles and I can remember at the time that I was very impressed. This was one of the site’s first DVD reviews and I was young, inexperienced and had a bad DVD player (so I gave the rating a 5.0)! Well, eight years later “The Wedding Singer” still looks good and the 1.85:1 anamorphic transfer seems to be the same, but has benefited from technology since the original release. The result? “The Wedding Singer” looks great and the transfer shines with plenty of bright, vivid colors. I did do a side by side comparison with my original disc and for the most part they’re identical, but this one seems a bit brighter though neither could be considered “bad”. The bottom line, New Line still delivers a great-looking transfer.

The same Dolby Digital 5.1 soundtrack is used as in the original release, but New Line has thrown us a curve by adding a DTS soundtrack as well. I was really digging the DTS track, which sounded a bit more robust than its Dolby Digital counterpart. As usual I do have to give the edge to the DTS track though either sounds good. The 80’s soundtrack sounds pretty good in 5.1 and dialogue is natural. Though most of the information is relegated to the front stage, the surrounds kick in from time to time for some extra ambiance. Audio-wise “The Wedding Singer” sounds just as good as it did on the original release and the DTS gives it the added “oomph” that it needed.

Now the question you have to ask yourself is this: are you willing to upgrade to version 2.0 of “The Wedding Singer”? The transfer is just slightly better than the original and you do get the added benefit of a DTS soundtrack, but this “Totally Awesome” edition isn’t really so awesome. The supplements include a look at the Broadway play and an 80’s mix tape feature that allows you to jump to where that song appears in the movie. Granted, this is also an “Unrated” extended cut with five more minutes not included in the original release, so it’s not an open and shut case here. If you don’t own the original, then I’d suggest this version but New Line really hasn’t made a clear case for die hard fans to upgrade. The choice, of course, is yours… 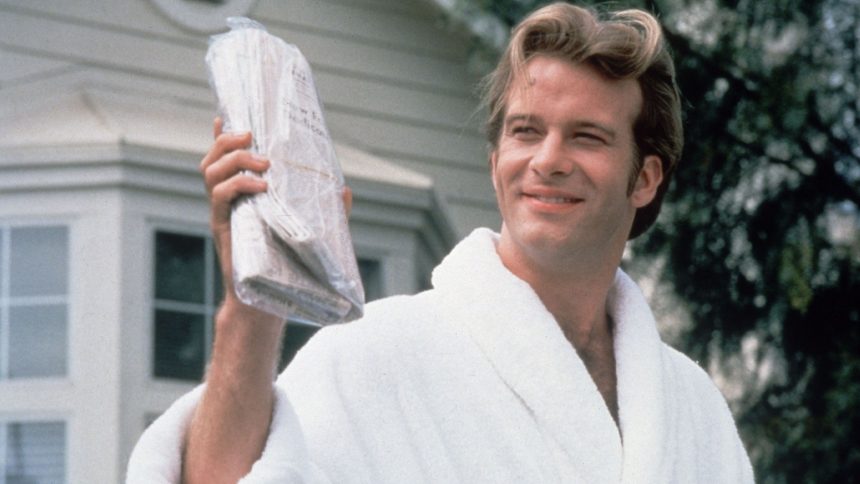