I love “Groundhog Day”, both the movie and the holiday itself. Why the holiday itself you ask? Well, purely selfish reasons as it’s the day that follows my birthday. Yep, I’m that shallow. And how can you not love a holiday that worships a groundhog which predicts the weather patterns predicated upon the fact that he (or she) sees a shadow? Amazing. Back in 1993 director Haorld Ramis (who directed my all-time favorite movie, Caddyshack) cast his buddy Bill Murray in a nice little comedy called Groundhog Day. The movie was an instant success and, sixteen years later; it’s just as popular as it ever was. Why? Well, the theme hits on something that a lot of people can identify with; as Ramis states in the included documentary. Think about it, how different would your life be if you could go back and redo the same day of your life with the knowledge you’d acquired? Maybe you make a left turn instead of a right, maybe you quit your job maybe you go skydiving? The possibilities are endless and such is the central theme of “Groundhog Day.”

Phil Connors (Bill Murray) is a Pittsburgh weatherman with aspirations of making it on a “real” network. He’s selfish, aloof and arrogant but has bee assigned to cover the Groundhog Day festival in Punxsutawney, PA. He goes through the motions, does his story and as they try to get back to Pittsburgh find out they’re stuck for the night in Punxsutawney. And then, it happens…Phil awakens to find that he’s reliving the same day of his life over and over and over again. What seems like a cruel joke at first actually makes Phil realize that there are other people out there who might need help. We see the more humorous side of this predicament but as the movie progresses we see Phil begin to change. Can Phil truly become a better man with this once in a lifetime gift or is he destined to end up alone, having never learned the true lessons in life?

I love “Groundhog Day” and I know I started out this review by stating that as well. I can remember the first time I saw it in the theater and about halfway through realized I didn’t want the movie to end. The movie has such limitless possibilities and Bill Murray is perfect for the part. The movie was a modest success back in early 1993, grossing over $70 million (quite a feat for a movie released early in the year) and only continues to grow with age. Harold Ramis also states in his interview that this movie was chosen as the film most likely to have any impact on society 100 years from now. While I don’t know if that’s all together true, it does hit on the fact that the film has a very broad appeal. If you’ve never seen Groundhog Day you owe it to yourself to give it a view and as for me, this Blu-ray will have a permanent home on my shelf.

This film might seem an odd choice to get the “4K treatment”, but it certainly does benefit from a new transfer. This is now the second incarnation of this film on 4K and the big (although “big” is a bit of a stretch) thing here is that we get a new Dolby Vision HDR grade. And while it’s never looked bad, per se, there was a bit more background noise in some of the scenes on the Blu-ray (also included with this package). The new 1.85:1 HEVC 4K image eliminates all of that (literally) and gives us a very pleasing, smooth and downright amazing-looking image. I’m sure that the choice to release this on Ultra HD has a few scratching their heads and I assure you it’s more about marketing than giving us a good-looking picture (though that’s a very positive side effect). Colors are more stable, black levels and contrast on the mark and the HDR give us a more pleasing picture. It’s not a night and day difference from the previous 25th anniversary disc, but for those wanting the absolute best picture quality – this is it.

In addition to the Dolby Atmos mix is the addition of a DTS HD Master Audio 5.1 and 2.0 mix. So unless you’re a fan of Sonny and Cher’s “I’ve got you, babe” that you feel will need to be heard in atmospheric sound, it’s not a huge improvement. Yes, there are some upticks here and there and dialogue is very clean and there really weren’t a lot of opportunities for the surrounds to kick in, though I heard some murmurs form time to time. I have no idea why anyone would choose a DTS mix when a Dolby Atmos mix is present on the same disc, but far stranger things have happened.

Aside from a trailer, all of the supplements are identical to that of the 25th Anniversary edition, save the addition of a trailer.

At 25 years old, I can still remember the day I saw it in theaters and, even then, loving it. This epitomizes what it’s like to come up with an original, though-provoking comedy that will be looked at years from now as good as it was in 1993. The only real addition to this disc over the previous 4K disc (yes, that’s right – we’re now far enough along in the 4K cycle that we’re getting “new and improved” versions of what was supposed to have already been that way) is the trailer, a Dolby Vision upgrade and a DTS HD Master Audio mix. If that’s important to you, this is for you. If not, what we had should suffice for the masses. 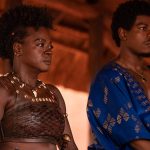 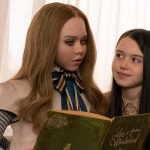