I can’t remember when, but I was talking to a friend of mine some time ago and I mentioned something about me being discriminated against. He put down his drink and said “Whoa. Matt. You’re a straight, white, non-Jewish, college-educated male under the age of 40 living in the United States. You are literally the most non-discriminated person in the world.” And it got me thinking…he was right. I haven’t had a lot of adversity in life, but there are those that do for reasons they can’t control. Religion? Sexual orientation? Health related issues? The list goes on. Being born homosexual isn’t wrong. It’s not a choice that people make. For the same reason I’m attracted to females, others are attracted to their own gender. And this is a hot button issue for so many. It really doesn’t need to be. Then again it’s easy for me to say that as I’m in the majority. But to switch gears, what we’ve got is a major studio with its first comedy where the two leads are openly gay men. I’ll give it a shot.

Bobby (Billy Eichner) is a well-known podcaster. He’s trying to establish the first LGBTQ+ museum in New York. He’s just turned 40 years old, hasn’t been in love and has a propensity for Tinder hookups. He meets Aaron (Luke Macfarlane), someone who sends him mixed messages. The two hit it off, but Luke seems to prefer more muscular men (something Bobby isn’t). Bobby isn’t the best when it comes to relationships, either. In a nutshell, the film follows these two as they try and deal with their own insecurities to see if these two can make things work.

I have to admit that when I saw this movie promoted on The Bachelor and then again on Big Brother – I was like “Ok, this is destined to fail.” I mean if you’ve got to cruise the reality TV circuit to get people to see your movie then…maybe you don’t have a very good movie. I went into Bros with an open mind, something that if more of us did – there’d be a lot less disagreement on this subject. But people are stubborn and, well, stupid and like to cling to their stereotypes. I never saw Eichner in Billy on the Street – a show in which he’d go up to random folks and ask them bizarre questions. But he does have some presence.  Bros isn’t totally without its faults. But it manages to get more right than wrong. I doubt it’ll change too many minds, but it’s a step in the right direction that films like this are being made.

Romantic comedies (despite the gender of the leads) are, by and large, very colorful film (pardon the pun). This is no exception. Universal’s Blu-ray shows off anything and everything that’s New York City with plenty of sweeping visuals, though it’s a site we’ve all seen in countless other films. Heck, just watch an episode of Sex and the City and you’ll get it. That said, the 2.39:1 AVC HD image looks nearly perfect. Detail is tack sharp, we can see every hair in the perpetual five o’clock shadow sported by Eichner. Colors are bold and bright and contrast remains strong and consistent. As we might expect – it’s a good-looking film.

There’s not a lot to write home about when it comes to the included DTS HD Master Audio mix. Yes, it’s got some spots that made me stand up and take notice (the crowd scenes, for example) but by and large, this is a by-the-book mix that checks all the boxes. Vocals are sharp and thoughtfully articulated, surrounds are used sparingly and the front stage handles the rest. It’s nothing too terribly memorable, but gets the job done.

Bros had a going for it. And, for the most part, it managed to keep my attention. I have to admire the studio system for making a movie like this and though it had some rather “iffy” spots, wasn’t all bad. But even in the day and age, it’s likely that a large contingent won’t see the movie simply due to its subject matter. Universal’s Blu-ray looks and sounds good and if this movie does appeal to you, it’s a solid offering. 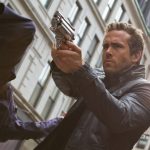 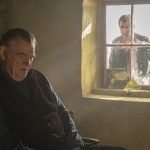