The sequel to Battle Without Honor and Humanity is a very interesting follow up that was released the same year as the first film in the series. Warning: if you have not watched the first film, wait until you have seen it to read this review or just skip to the technical merits of the disk.

At the end of the first film the protagonist, Shozo Hirono, has split from the clan that had begun disintegrating and betraying itself. Naturally, the viewer wants to know what happens next, but Kinji Fukasaku has other plans. Instead of picking up where we left off, the film follows a different protagonist named Nakahara as he enters into the Otomo clan, another Yakuza group in Hiroshima, during the Korean War. Think of it as a parallel story in the same universe created by the first film.

Nakahara starts out as a petty card shark that is locked away for two years for assault. While in prison he befriends Shozo Hirono. Upon release he has no money and no options and is attacked by some men when he attempts to pay for some food with his watch. This attack makes him swear that he will kill the three men that have attacked him. Seeing that he may help their clan, he is brought under the Otomo clan. He immediately falls for the beautiful Yasuko (Meiko Kaji, Lady Snowblood, herself) and their love is forbidden. He is sent away to another clan and climbs the ranks until he can come back a seasoned killer. From this point he is used up by his leaders, constantly put in peril and deceived.

This is a very worthy sequel and an unexpected aside from the first film. The acting – while not quite on par with the first film – is fantastic for the most part. Sonny Chiba is particularly memorable as a nearly insane and anarchic gang leader in the film. The movie has a great score by Toshiaki Tsushima and the directing by Kinji Fukasaku is in top form. These films are incredibly convoluted which make reviewing them difficult, but once you get into the frenetic pace they are great. One of the reasons these films are so effective is the true basis behind them. People are killed so quickly that it seems like there is not even time to develop them as characters- similarly to the Italian film Gommorrah. These films are a solid indictment of the criminal structure that is essentially a meat grinder for the poor cattle led to slaughter. They are also an excellent history lesson on Japan during the middle of the twentieth century.

I loved the first Battles Without Honor and Humanity, and the sequel is a worthy follow up. I can’t wait to watch the rest of these movies. Highly recommended!

Arrow Video did a fantastic job on the transfer of the film using an MPEG 4 AVC codec of a new 2K restoration. The transfer looks great overall. Occasional scenes looked a bit soft, but this could easily just be the nature of some of the focus in the scene. This transfer is very close to the excellent transfer of the previous film, maybe falling just short of that film’s transfer, I appreciate all the steps that Arrow Video took. This film continues the great energy of the first film with all the style that film contained.

The audio treatment of BWHAH was very good, and Hiroshima Death Match is not quite its equal. Being a LPCM 2.0 track, it can be expected that range is severely limited. This track is not quite as energetic as the previous film, but it is not the fault of the transfer but the actual sound design of the film. The score by Toshiaki Tsushima is very engaging and fits the film perfectly. Arrow dedicated good time to getting this release right.

Battles Without Honor and Humanity was a great film and probably my favorite title I have purchased from Arrow Video so far. Hiroshima Death Match is a very worthy sequel and well worth adding to your collection. The decision to focus on a small story from a separate clan from the first film keeps this film incredibly fresh and almost Shakespearean in scope. I loved it. The only unfortunate aspect of the release is the small amount of supplements on the disk. As with most Arrow Video releases, I would recommend renting it before a purchase to make sure it appeals to you if you have not seen the film. I highly recommend purchasing this along with the first film. 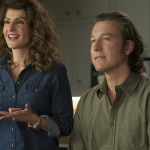 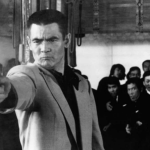