Harold Pinter’s The Homecoming, based on the Broadway production centers around 6 characters, three of whom are brothers, one returns with his wife and their father and his brother. It takes places all in a North London apartment complex which is dated (even by older standards) and dreary. The film feels very theatric in its dialogue and singular setting, but it somehow works well enough overall to please fans of this sort of thing.

The characters start with Max (Paul Rogers), he is the father to three sons and his brother shares the London flat with him. Max has a foul mouth, rotten teeth and a bad temper. He’s the kind of person where the slightest, most miniscule thing could set him off. His brother, Sam (Cryil Cusack) seems much more laid back and easygoing. Sam is a chauffeur and seems to be content. The sons are Lenny (Ian Holm), Joey (Terrence Rigby) and Teddy (Michael Jayston) who just arrives with his wife Ruth (Vivien Merchant). Unfortunately their arrival isn’t met with the most optimism as Max has serious issues with Ruth, calling her a dirty whore. Eventually they come around and have ideas for Ruth and what she can offer them all. This can be a tricky film to review as not much happens in the traditional sense, but it’s all in the dialogue and the way the characters interact with one another. Whether it’s Max trying to control everything in his own little world or Lenny wondering what could be keeping him up at night, I became fairly involved.

The Homecoming isn’t always an easy film to sit through (it’s confined to one setting and 6 not very likeable characters), but somehow it works. At times I grew a bit impatient with it all, but it somehow still kept me with it. The characters were certainly all colorful and well developed. I liked that Ruth can more than hold her own around these men. Max is the most intense character, while Lenny is the most amusing, but each viewer will have their own thoughts to take away here. It isn’t an attractive film and the characters certainly aren’t, inside and out, but I didn’t mind spending a couple of hours with them. It won’t be something that I feel the need to return to, but it’s a good film for a single viewing.

Again, the film limits us to a single setting, so don’t expect the most attractive visuals. The colors are faded and drab. Honestly, the whole look can be rather depressing, but the transfer presents it as it should: Naturally. At no time will this be a disc to show off your system, but it’s just not that kind of film. We get a 1.85:1 ratio that suits the film well.

The DTS track is limited due to this being a talky film, but that’s OK. The vocals are crisp sounding and it never felt restricted at all. Like the transfer, its goals are modest, but it works well for the film at hand. Viewers shouldn’t have issues here.

While not something I need to revisit, The Homecoming did enough to keep me with it. It is a very talky film, restricted to one setting (very much how the source material is) that features six colorful characters that might not be the most likeable, but are interesting to watch for a couple of hours. 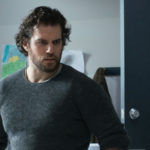 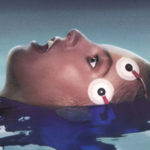