Mike (Paul Giamatti) is a lawyer with two kids and a loving wife, so it would seem his life is more than solid. But his practice is on the brink of shutdown, as his elder-care cases just haven’t been profitable enough. He hasn’t told his wife about the situation however, as he hopes to turn things around before he needs to inform her. But with money in short supply and his office in need of maintenance, his time seems rather short. He has a plan to keep things afloat, but the moral implications are complicated, to say the least. He wants to become the guardian of one of his clients, which would net him a hefty check each month, but then check the client into a nursing home. He keeps the checks, the client isn’t a ward of the state, but it still seems a little shifty. His luck at his other job, coach of a high school wrestling squad, isn’t going much better than his other affairs. But when his grandson arrives in need of a place to stay, could it be just the change Mike needs to jumpstart his life?

A quirky movie about an unusual family situation and an underdog sports situation? While the potential for nuclear level cliches is obvious with this premise, Win Win defies the odds. Not only does the film nimbly avoid a tidal wave of possible cliches, but it is able to entertain and even make us think a little. The non judgmental approach to human flaws is quite effective here, while the cast is able to turn in terrific performances that enforce the script’s emotional base. This is a movie where you actually care about the characters, which is not all that common these days. The writing lets us get to know these people, never tries to shoehorn in emotional content, and then the cast brings them to life in ways that allows us to connect with them. Paul Giamatti shines in a role that seems tailor made for him, but the supporting players also bring a lot to the table. You don’t see many films lately with a genuine emotional experience, but Win Win delivers one. While the film has some flaws, Win Win is well written, well performed, and more than earns this high recommendation.

Win Win is presented in 1.85:1 widescreen. The film doesn’t have a remarkable visual design, but it looks excellent in this presentation. I found detail to be razor sharp, thanks to clarity that allows all of the fine touches to be seen. Even the texture of fabrics and smallest detail on an actor’s face is visible. The contrast is dead on, which means black levels are accurate, while colors are natural and warm. Not much else we could ask for in this case, as this is a top notch visual effort.

This film is reliant upon dialogue above all else, but the DTS HD 5.1 soundtrack still provides an engaging experience. The surrounds are put to use often, to add background elements or the musical soundtrack. This gives the track an active texture even if the audio isn’t overly powerful in tone. The focus is on dialogue, as it should be, with clean vocals that never suffer from volume issues or harshness. This disc also includes Spanish and French language tracks, as well as subtitles in English and Spanish.

This disc includes two brief interviews, a pair of deleted scenes, a music video from The National, and the film’s theatrical trailer. 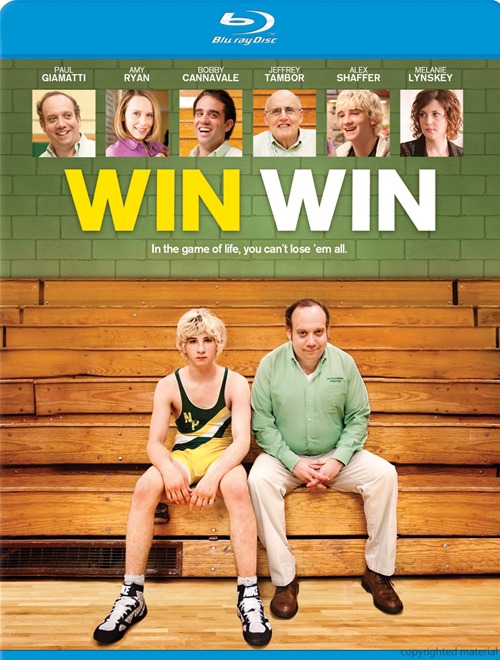