The Lake Chippewa Amusement Park has always been the subjects of rumors, myths, and legends. After all, it is indeed an eerie location, abandoned for three decades and fallen into disrepair. But Kristy (Aimee Brooks) ventures to the park regardless, only to discover some of those legends must have been true. As darkness begins to surround her and close in, her screams attract the attention of James (Damien Maffai). He is a caretaker to the park, but his efforts to keep the place in good condition don’t get him favor with the evil that lurks within. The park now unleashes waking nightmares on the two, who are forced to endure riddles of sorts, compliments of the Carny (Joe Unger). This mysterious figure tries to guide them back out, but he seems to want them to suffer as the path is taken. Now the two have to somehow escape the amusement park, but with haunting visions and other dangers around every corner, that won’t be a simple task. Can they manage to survive the supernatural onslaught, or will they become yet another of the park’s infamous legends?

An eerie, abandoned amusement park might seem like a played out location for a horror movie, but Closed for the Season is able to breathe new life into the concept. The film doesn’t lean on graphic violence or naked women either, instead it uses a creative, unsettling atmosphere to keep things tense. I can imagine will dislike this approach, as it can be a little confusing as to what is real, but I think it works well. If nothing else, it adds a nightmare vibe that keeps your attention. The plot isn’t remarkable, but it is solid and while predictable, Closed for the Season is more about mood than narrative. On the down side, the movie outstays its welcome by about fifteen minutes, the special effects are hilarious, and the performances are laughable. But to me, those elements added humor and kept me entertained. I mean, I’m here to be entertained and unintentional entertainment or not, Closed for the Season entertained me. Closed for the Season isn’t a great movie, but it has good atmosphere and some B movie camp value, so it is worth a look for genre fans.

Closed for the Season is presented in 2.35:1 anamorphic widescreen. The visuals here are passable, but some suspect production choices do limit the presentation. Some digital correction is done to alter some of the visuals and while it looks decent, it softens the image as well. I think detail is still solid for the most part, especially given the film’s resources. The colors look good, while contrast is inconsistent. Some scenes show black levels that are spot on, while others have soft, murky blacks. But on the whole, this is a more than decent visual presentation.

This Dolby Digital 5.1 option isn’t going to turn heads, but it sounds good. I found dialogue to be clear, with no harshness or volume related issues present. The music comes through well, but overall surround use is nothing to write home about. Given the film’s focus on mood and atmosphere, a little more ambient presence would have added a lot. But this doesn’t sound bad, it just sounds rather flat at times. The basics are in order, I just wanted more from this soundtrack. This disc also includes English and Spanish subtitles.

This one has quite a few bonus materials, such as deleted scenes (with optional audio comments), two video tours of Chippewa Lake, and audio comments on the film itself. But that’s not all, as we’re also given some webisodes, as well as the film’s trailer. 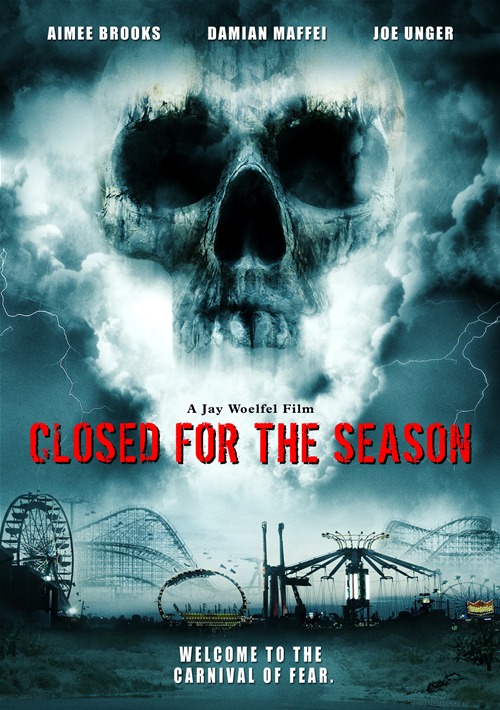